In April 1599 Hortensis Spinola, an Italian spy working for Spain, was preparing the ground for another invasion of England.

After describing Dartmouth as “a large port of 600 vessels”, he was looking for a good landing ground. He wrote to his handlers, “Then I went to Torbay, a shelter for ships in time of need, where it is easy to disembark, there being neither fortress or people to hinder”.

Spanish naval strength had quickly recovered from the defeat of the Armada in 1588, and two more Armadas had been sent against England in 1596 and 1597, only to be thwarted by gales each time. After the Peace of Vervins between France and Spain in 1598, however, Spain was free to concentrate her efforts against England and Holland. By the summer of 1599 reports of a new fleet gathering in Andalusia began to reach England. 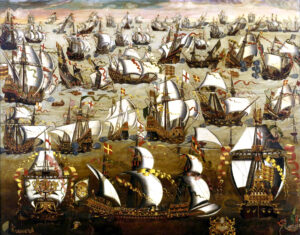 With experienced troops absent in Ireland and the Low Countries, a mobilisation of trained and untrained men took place over the summer, with 25,000 men concentrated around London. But the Spaniards never came and Francis Bacon called the panic ‘the Invisible Armada’. If it had taken place, Hortensis Spinola was suggesting that the Bay was a good place to land. 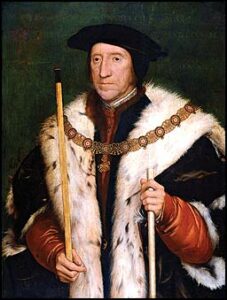 Indeed, Torbay always considered in danger of invasion. In 1522 the Earl of Surrey (pictured) sent a letter to Henry VIII. He wrote, “The only danger (to Dartmouth) is that if an enemy were to land at Torbay, only two miles from the places where the ships ride, they might cast fire into them… To avert this write to the Bishop of Exeter saying you are informed they are making a blockhouse beside Brixham within Torbay, and if they would make another at Churston you would help them with ordnance and power”.

A report to the King in 1539 also raised the issue, “The only places unprovided for are the Downs, Isle of Wight, Weymouth, Falmouth and Torbay near Dartmouth”.

Thomas Cromwell wrote in the same year “Places where fortifications is to be made Lyme, Torbaye, Dartmouth etc”.

Some progress was made and by 1540 charges were being “to the King for bulwarks… at Torbay”. This was probably at Berry Head, now lost beneath the Napoleonic fort. 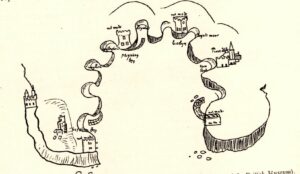 But back in 1539 Henry VIII’s Antiquary, John Leland (pictured), visited and made a drawing of what defences should be made to secure the Bay from attack. These ambitious recommendations survive in the Cotton Collection at the British Museum in the form of a drawing (pictured). 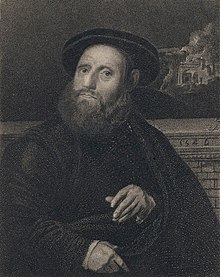 The fort and blockhouses were never built. If they had – at Brixham, Livermead, Paignton and Torquay harbour side – the Bay would have looked very different. Imagine a star fort such as that at Pendennis Castle at Falmouth (illustrated) at Corbyn Head or Paignton.

And would a defended Torbay have foiled William of Orange’s landing in 1688 and so change the course of British and world history?