On Tuesday 14 April at 9pm Film4 is showing the movie version of Torbay author Adam Nevill’s novel, ‘The Ritual’.
This is a 2017 British supernatural horror film directed by David Bruckner, and starring Rafe Spall, Arsher Ali, Robert James-Collier and Sam Troughton. The film is based on the 2011 novel of the same name by Adam.

Unlike most of Adam’s novels the movie isn’t set in Torbay or the wider South Devon area. 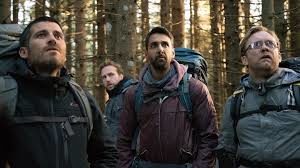 The story has four friends go hiking in Sweden in the memory of a dead mate. When one of them gets injured, they are forced to take a shortcut through a sinister forest. 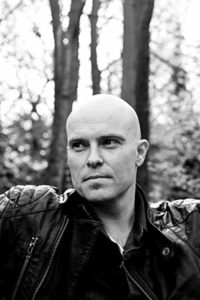 The Guardian has called Adam, “Britain’s answer to Stephen King” and, this time, it’s not an exaggeration. As King said, “If you want to be a writer, you must do two things above all others: read a lot and write a lot.” And Adam has certainly done his background reading, with past authors loved by horror aficionados name-checked in his writing – Arthur Machen and MR James, among others. 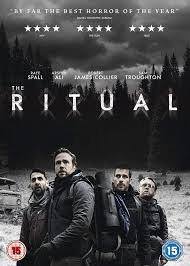 It’s good to see an author aware of his own tradition and going beyond the clichés of vampires and traditional hauntings. As Adam has certainly proved his reading and his writing is producing some great storylines, we can look forward to more from this accomplished Torbay writer.

Here’s the trailer, and do let us know what you thought about the movie: