One morning in 1576 the residents of the villages of Torbay woke to find an unfamiliar large and well-armed fleet anchored in the Bay. Their initial concerns significantly increased when they discovered that these unexpected visitors were the fearsome Beggars of the Sea carrying with them a reputation for piracy and murder from their base in Flushing (Vlissingen) on the Scheldt River. 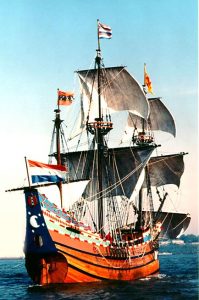 So who were they and what were these 13 ships doing here? Here’s the background to that visit.

During the sixteenth and seventeenth centuries Spanish domination was being challenged in the Caribbean and the Spanish Main by the English, but it was also under threat in the Netherlands.

By the 15th century the seventeen provinces of the Low Countries (part of Northern France and present-day Belgium, Netherlands, and Luxemburg) had, one by one, been inherited, purchased, or conquered by the Dukes of Burgundy, from whom they were inherited by the Catholic Charles of Spain and his son, Philip II. For centuries, these provinces had been busy trading and financial centres with wealthy commercial cities and ports – and during the 16th century Protestantism had been steadily gaining ground.

A liberation movement began where the Low Countries sought less taxation, self-government, and religious tolerance from the Spanish-Habsburg Empire. This struggle for independence between 1568 and 1648 became known as the Eighty Years War. 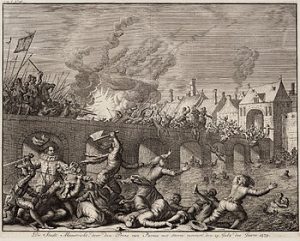 It was both a war for autonomy and a religious war. And it was a vicious conflict with both sides often committing atrocities: the Protestant insurgents regarded all Spaniards and Catholic Dutchmen as enemies and attacked churches, monasteries, and Catholic villages and towns, killing priests, monks, and representatives of the Spanish crown; in return the Spanish army (mostly comprised of mercenaries) destroyed towns and massacred innocent victims.
In the 1570s, William of Orange, originally the representative of the King of Spain, had turned against the Spanish Empire and helped organize the Dutch struggle. William needed soldiers to combat the formidable Spanish armies, so he made alliances, raised militias and hired mercenaries. He also turned for support to a group of desperadoes and pirates known as the Watergeuzen- the Beggars of the Sea. 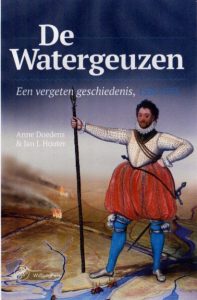 These Watergeuzen were originally buccaneers who attacked vessels of almost any nation as well as fishing boats, villages, and towns on the southern coast of the Dutch Provinces. To counter this threat, in 1547 the Spanish had ordered a protection fleet with ten armed ships to escort and defend Spanish convoys in the North Sea.

From 1569 William of Orange issued letters of marque making the Watergeuzen official privateers and the Sea Beggars became an effective and organised fighting force against Spain. For several years their bases of operation included the ports of Emden (on the coast of the Dutch Province Friesland), La Rochelle (on the coast of France) and Dover. This was a large fleet of over 80 ships. 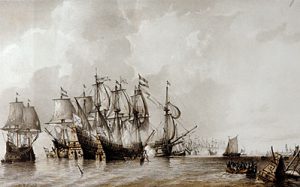 The story is that the Catholic councillor Charles Berlaymont said of the Dutch rebels to Governess Margaretha van Parma in 1566: “You do not have to be afraid of them, Milady, they are only ragged beggars”. The name geusor specifically watergeus was then adopted by these irregular Dutch rebel forces.

Meanwhile, the Dutch Revolt was being secretly supported by Anglican England and the French Huguenots – the Beggars of the Sea plundered both by sea and land and carried their gains to English and French ports where they were able to refit and replenish their stores. However, in 1572 Queen Elizabeth, under Spanish pressure, refused to admit them any longer to her harbours. Nevertheless, in 1573 the Sea Beggars, reinforced by Elizabethan volunteers, intercepted and destroyed a Spanish supply convoy off the port of Hoorn in the Zuiderzee. 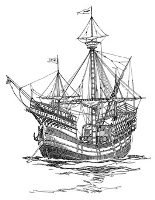 Over time Elizabeth would openly side with the Dutch rebels and she unleashed her Sea Dogs- Francis Drake attacked the coast of Spain in 1587, while Walter Raleigh attacked the Spanish fishing fleets in the North Atlantic.

In April 1585 the Spaniards laid siege to and eventually took Antwerp. The power of the Watergeuzen then decreased. Some crews were subsequently incorporated into the newly created Dutch navy, where their leaders were isolated and ceased to conduct independent operations.

So those Beggars of the Sea were a collection of Dutch aristocrats, ultra-Calvinists and pirates- who moved between being legal privateers and illegal sea robbers. They waged guerrilla sea warfare against Spanish interests, and proved an effective force for the Dutch between 1568 and 1574 in the early phase of the Eighty Years War. No wonder folk were concerned at their arrival in our Bay- they were secret allies but still to be much feared.