During the latest lockdown it’s good to hear that the Bay’s musicians are still out there, hard at work creating eclectic music based on a wide range of local themes.

It’s particularly good news to find that the second Torbay Pageant album has been released by the Bay’s own ‘The Legendary 10 Seconds’. 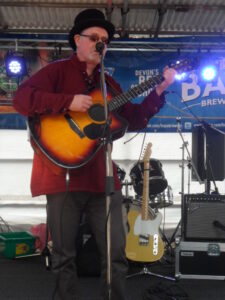 Founded by songwriter Ian Churchward (pictured above),  The Legendary 10 Seconds are a collective of various musicians and have issued several albums over the years. 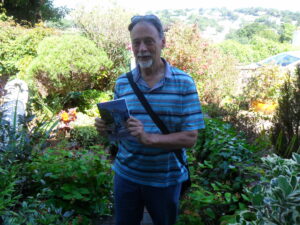 This latest was inspired by a David Hinchcliffe (pictured above) lecture at Torquay Museum about the Torquay Pageant of 1924.

Produced and mixed by Lord Z at Otherworld Studios in Marldon, all the songs were composed by Ian except the Torquay Pageant Part Two and the Drinking Fountains of Torquay which were co-written with Elaine Churchward. 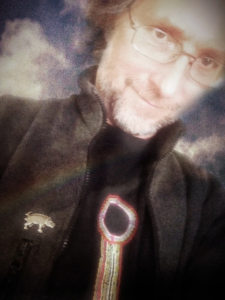 There are 17 songs on the album with a real emphasis on local themes, such as: The Nuestra Senora Del Rosario; John Nutt; Cadewell House; The Drinking Fountains of Torquay; The Town of Torquay; The Old Torquay Fire Brigade; Mr White’s Pioneering Flight; Percy Fawcett; Dreaming of Ashfield; Torquay Museum; Cruise Ships in Torbay; and the Torquay Pageant, Pt. Two.

All history has a soundtrack, so thanks go to Ian and all the local musicians and singers who have contributed to this truly local album.

More information and how to access the album can be found at:

And here’s a piece from the Torbay Pageant album: