Comedy fans are getting close to being able to purchase tickets to see Sean Lock live in Torquay.

Sean Lock will be performing as part of Torquay Comedy Club’s first ever Grand Show on Saturday 4th April 2020. Tickets go on general sale at 7pm today, Wednesday 13th November and can be found via https://www.torquaycomedyclub.co.uk/grand-show

Demand for these tickets is set to be phenomenal after pre-sale tickets sold out on Monday (11th November) in just 26 minutes! 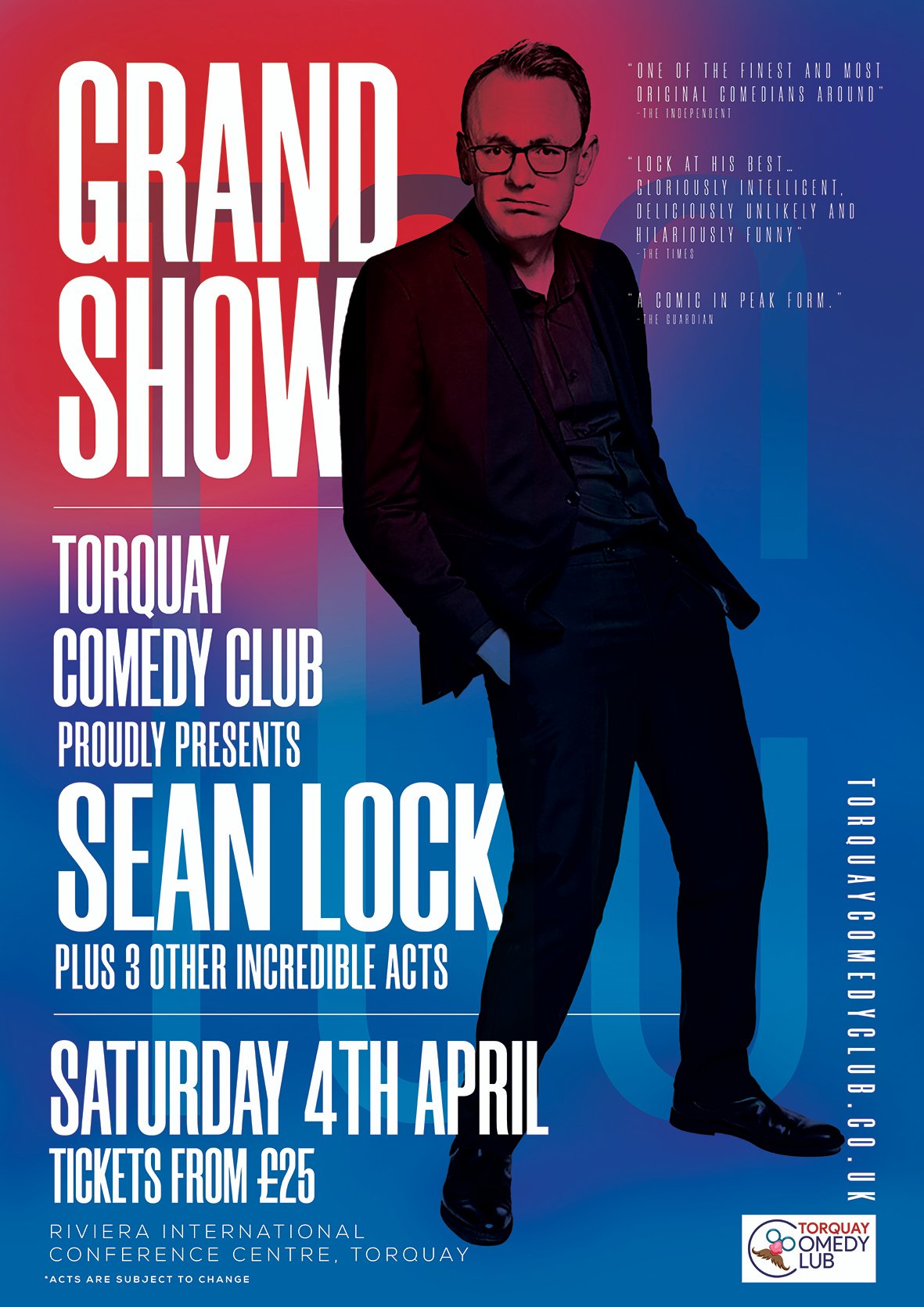 Sean Lock is one of the UK’s most highly acclaimed and original comedians, making his stage debut over twenty years ago. Since then he has gone on to win countless awards, sell out national theatre tours and become a mainstay on our TVs. As the star of Live at the Apollo, QI, 8 Out of 10 Cats and the spin off 8 Out of 10 Cats does Countdown, Sean is now one of the country’s most-loved comics. He hasn’t performed in Devon for a number of years and this show is not part of a UK tour, making this a very rare opportunity to see the man in action.

Torquay resident and Torquay Comedy Club founder Ben Milden has has the following advice for anyone looking to get tickets:
“Following the phenomenal demand for pre-sale tickets, we are advising anyone who wants to go to the show to be online at 7pm tonight. The link will then be published on the Torquay Comedy Club website and social media pages. We will also email everyone who signs up to our mailing list via our website the link as well.
We want to say a big thank you to everyone who has got tickets so far. I really hope that if you want tickets then you are successful in getting them today.”

Torquay Comedy Club’s ‘Grand Show’ will feature a number of superb support acts with Sean Lock headlining. The support acts will be announced over the coming months and are expected to feature at least one more TV name.All other information can be found at: https://www.torquaycomedyclub.co.uk/grand-show