It’s just been announced that actor and comedian Tim Brooke-Taylor has just died from coronavirus aged 79. 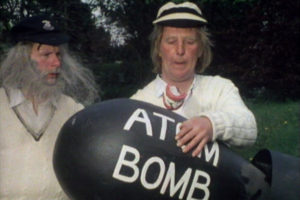 Depending on your age you’ll probably know Tim from one of a variety of roles, but for those of us of a certain generation he was always a Goodie.

During the 1970s and early 1980s, Tim, Graeme Garden and Bill Oddie wrote and starred in a surreal British television series combining sketches and situation comedy. This was ‘The Goodies’. 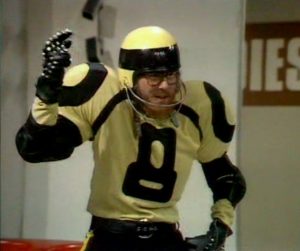 ‘The Goodies’ was massively popular in its time. It appealed to adults as it was witty and could be taken at different levels while its visual humour attracted children. Episodes often featured a song, some of which achieved chart success.

While some critics have dismissed ‘The Goodies’ as a children’s programme, it was also attacked by Christian moral campaigner Mary Whitehouse for being “too sexually orientated”.  In 1971 ‘The Goodies’ responded by writing an episode entitled ‘Gender Education’ with the principal objective of irritating her.

One of those episodes was made in the Bay.

Episode 54 was called ‘2001 and a Bit’. Broadcast on Tuesday, October 26, 1976 at 9pm, it was partly filmed in the Bay, including the Recreation Ground, Laura Grove in Paignton and Cockington. 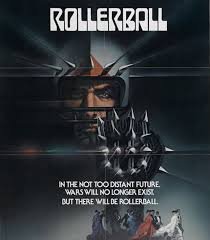 Yet everyone is bored with excess. Jimmy Hill appears as a very old man introducing sporting events with the same lack of enthusiasm as the rest of the population.

Enter the New Goodies who want to add some excitement to the lives of the people. To get them enthusiastic about something again, they decide to resurrect the ancient game of Cricket – the idea being that something truly boring might be enough of a novelty to be interesting to the population. In the episode, Bill Oddie explains their strategy:

“If you’re one who plays for five long days,
Trying desperately to draw,
If you stop each ball like a concrete wall,
‘Till they let out a mighty snore,
If you can run a gallant one
Between 10 AM and tea,
But above all, if you can bore ’em stiff,
You’re the pride of the MCC!” 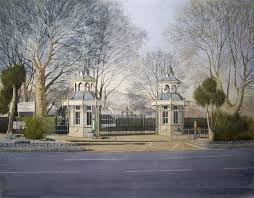 With help from former members of the Marylebone Cricket Club, Cricket is revived. Yet, modern Britain quickly becomes bored again. As a compromise, the Rolleregg side is pitted against the aging MCC members.

As a bit of a tribute, here’s Tim and the Goodies: