Babbacombe Model Village is the place to be for rhinos over half term.

As part of Paignton Zoo’s Great Big Rhinos Project, the Model Village has sponsored a life-size rhino and created a unique mini version of the trail. Now, the popular attraction is hosting the medium-size rhinos created by schools and community groups.

A total of 53 medium-size rhinos were decorated by nurseries, junior schools, secondary schools, Scout groups, charities, young farmers, rest homes and drop-in centres. The Schools & Community Programme received support from the Arts Council England. £15,000 of National Lottery money paid for 30 rhinos to be distributed for free. They are all on display at the Model Village over half term. They will go back to the schools and groups that created them afterwards.

The Great Big Rhino Project put a trail of painted life-size rhinos around the streets, parks and open spaces of Exeter and the English Riviera, encouraging thousands of people to enjoy the spectacle. A grand charity auction on Thursday 3rd November will see most of the life-size rhinos sold to raise funds. The surplus from the project will be channelled through Save the Rhino International.

Rhinos have been around for 40 million years. There are five species: black, white, greater one-horned, Javan and Sumatran. All of these are threatened with extinction – three are Critically Endangered as defined by the IUCN (World Conservation Union). This means that they will not survive without massive and urgent action. 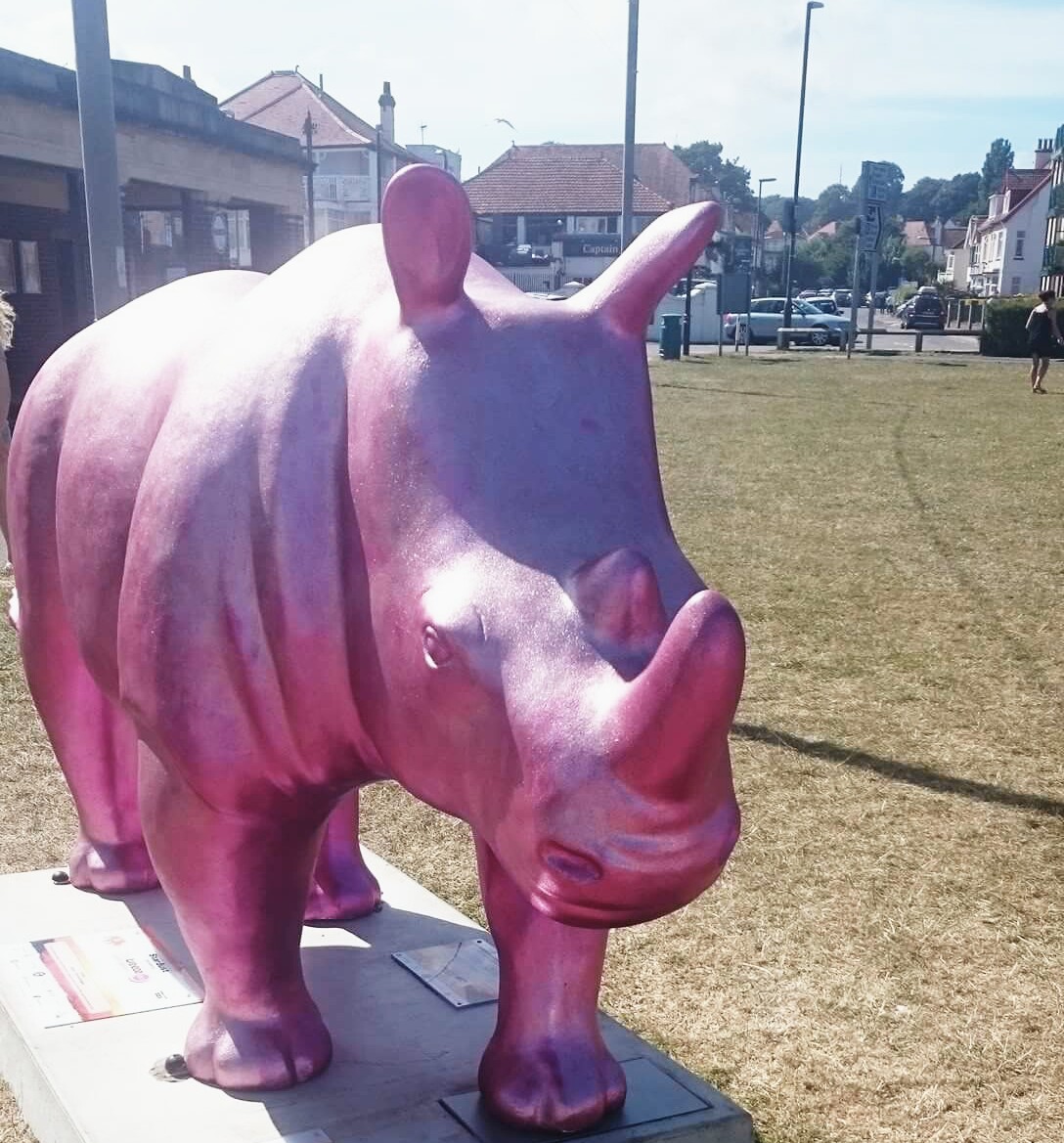