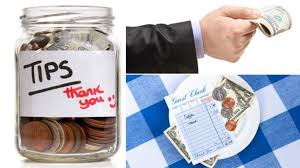 Do you ever give a tip in Torquay? If you do, why do you do it and who do you give a tip to? Why don’t we tip in Wetherspoons, but often tip taxi drivers and hair stylists? Do you know how much to give and ever feel acutely embarrassed about the whole process? What if you go on holiday and are expected to haggle over the price of something?

If you’ve ever been to the US – or watched an episode of the Big Bang Theory – you’ll know that our American cousins expect and even demand a tip in bars and restaurants. Indeed, Americans don’t think twice about handing over 10% to 25% of their bill after eating out or having a beer in a bar. Also, American cruise liners add a significant mandatory tip to the daily cost of being on board, which is probably a contradiction in terms and can confuse or annoy British passengers. 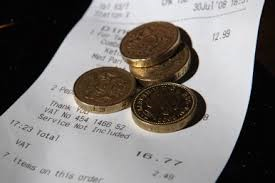 Tipping is a sum of money customarily given by a customer to a service worker in addition to the basic price. But be careful, in some circumstances, such as with the police, receiving gratuities (or even offering them) is illegal as tips can be regarded as bribery.

Tipping is hugely discriminatory: workers receive different levels of gratuity based on factors such as age, sex, ethnicity, hair colour or even – according to one experiment – women’s breast size. And the amount of the gratuity has been found to be only very loosely related to the quality of service. Locally, for instance, we may feel obliged to tip a disinterested waiter serving inadequate food in a Harbourside restaurant, but not the person who just presnted a great meal in a Torre cafe. Would we even think of tipping the person who spent a great deal of effort making sure that we bought the right pair of shoes, while we would reward a surly taxi driver even though the fare is clearly identified.

There’s also been much debate over whether a tip should be seen as part of a person’s core wage rather than an additional perk of the job. This recently came to the public’s attention when some restaurants were found to be including gratuities as a part of waiters’ pay and assuming that each server was being adequately tipped. 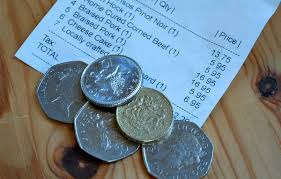 The word ‘tip’, meaning ‘give a small present of money’, began in around 1600. It’s been suggested that it’s an acronym for ‘To Insure Promptitude’ which was printed on bowls in British coffeehouses. The term ‘gratuity’ dates back either to the 1520s, from ‘graciousness’, from the French gratuité, or from the medieval Latin ‘gratuitas’, ‘free gift. The actual giving of gifts for small services, of course, goes back much further.

Surprisingly, the Americans got their tipping habit from Europe after the Civil War (which ended in 1865), when the wealthy started travelling to Europe. They brought the custom back home, but it was immediately met with disdain as Americans considered it anti-democratic in the way that it distinguished the wealthy from the masses. In 1904, the Anti-Tipping Society of America was created in Georgia, and its 100,000 members pledged to not tip anyone for a year. Nevertheless, the Americans soon lost their aversion to the practice. 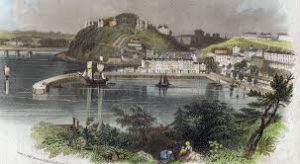 There’s a couple of reasons why the English may have problems with tipping – many of us just don’t know when to do it, who to give to and how much. One reason is possibly down to religion and the transition to the modern world. The Reformation – which cleared away religious institutions such as Torre Abbey – brought a rejection of the medieval idea of alms giving and charity. The new Protestantism replaced Catholicism and introduced a new way of seeing the world. Old methods of living were frowned upon – particularly giving gifts to the needy to impress God. Fixed prices were also part of early capitalism and they established clear and rapid exchange of goods. This replaced the practice of bartering or haggling in markets. No longer would you give more money to someone if you liked them or waste time arguing over the cost of an item. Today, probably the only place you’ll see remnants of the medieval locally is in the Bay’s car boot sales, but it’s still going strong in Morocco and Egypt. Here’s the Haggle scene in Life of Brian:

The other English reason for resistance to tipping may be associated with the rise of the industrial working class. Traditionally tipping was for personal services – such as for waiters, butlers and maids – occupations that were badly paid and reliant on having a respectful and subservient attitude. The servile class relied on tips to avoid starvation and destitution and had to be sycophantic – think of Downton Abbey. Then the growth of the organised working class and trade unions established the idea of a fair day’s work for a fair day’s pay. Relationships and terms and conditions with employers were subsequently established on a clear basis – no longer would workers be expected to be totally subservient to the whims of the rich. Consequently, those still expecting and relying on tips were seen as being unable or unwilling to organise and defend themselves and were looked down on as having little pride. 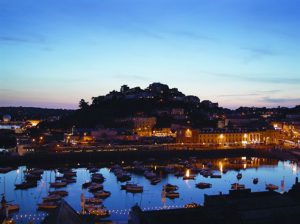 This was unfair, of course. In Torquay during the nineteenth century, much employment was in the service sector and those concerned often had little opportunity to organise. Torquay was different. It was described as the wealthiest in England, and the affluent needed a large servile class. Around 20% of the local population were employed as domestic servants. This saw women far outnumbering men: in 1871 there were 12,772 females to 8,885 males in Torquay. Our servile class was predominantly female which gives another layer of complexity to how people viewed each other, how good service was rewarded, and just how superior our town’s affluent locals and visitors viewed those that saw to their most basic needs.

Perhaps these ideas and attitudes have entered our culture over the years. What we do know is that many a Torquay night out has concluded with debate and confusion about leaving a tip…