The organisers of the first Torbay Airshow have announced some of its exciting aircraft line-up, which will for the event in June.

The event will be held on Friday 10, Saturday 11 and Sunday 12 June.  As well as an exciting aircraft line-up, which will include the world’s premier aerobatic team The Red Arrows, Eurofighter Typhoon FGR4, King Air B200 and the Battle of Britain Memorial Flight aircraft, there will also be activities and entertainment on the ground. 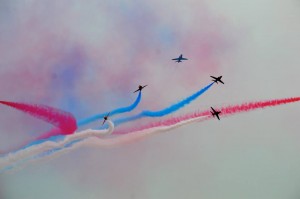 The Red Arrows at a previous display in Torbay

With a breathtaking flying programme and exciting on the ground activities for all the family on Friday 2pm to 10pm, Saturday 10am to 10pm, and Sunday 10am to 6pm – this is an event you will not want to miss!

Torbay’s Elected Mayor, Gordon Oliver, said: “It is wonderful to finally be able to confirm military aircraft for this major event. We are extremely grateful to have been able to secure such an impressive line-up and we will be able to confirm the civilian programme in due course.

“A wide range of aircraft will be on display from modern-day jets through to classic British fighter planes, aerobatic display teams and the unforgettable Battle of Britain Memorial Flight aircraft.

“Our flying activity combined with the ground-based entertainment is going to give us a weekend to remember and promises to be one of the biggest and best events that the Bay has ever seen, certainly a highlight in our 2016 events calendar.

“A lot of hard work has gone on behind the scenes to establish this high profile event and to make it a success and one that we can all be proud of.”

Regular visitors to the Bay will be familiar with The Red Arrows and their trademark combination of close formations and precision flying. The Red Arrows will provide a full-length display, taking place across the Bay on the afternoon of Sunday 12 June. They will also be bringing a ground exhibit as part of the ground display on Paignton Green, which will also include a Red Arrows flight simulator.

Displays from the Eurofighter Typhoon will span the weekend, flying on both Saturday 11 and Sunday 12 June, and the display will include some incredible aerobatic stunts. Royal Air Force Typhoons have a top speed of about 2,500km an hour and a wing span of 11 metres. There will also be a Typhoon simulator as part of the ground display.

The Battle of Britain Memorial Flight, which includes Hawker Hurricane, Avro Lancaster and The Spitfire, is a hugely popular feature of air shows across the country and beyond, featuring one of the two remaining airworthy Lancasters left in the world. 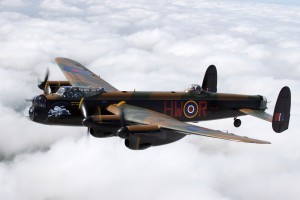 The Battle of Britain was one of the most pivotal moments in the country’s history. It marked a turning point when Britain stood alone against Hitler’s seemingly unstoppable military power.
Watching these iconic aircraft from yesteryear take to the skies above Torbay will be breathtaking.

Cllr Nicole Amil, Executive Lead for Tourism, Culture and Harbours: “The aircraft schedule planned for the Torbay Airshow is immensely exciting and one which is sure to put us on the map locally, nationally and further afield. We plan to provide a thrilling display and the on the ground activities which will be equally as exciting.

“On the ground, we are planning to keep the whole family entertained with everything ranging from a fun fair, aircraft simulators, live music and entertainment, artisan food stands and licensed bars, displays and interactive stands.

“Feedback to date about the air show has been really positive, so it promises to be one of our best events to date and one which will benefit our local economy enormously. We’ve still got quite a few planes, artists and activities to announce between now and the big day but this is certainly shaping up into an amazing event which residents, visitors and aircraft enthusiasts will thoroughly enjoy.”

An evening aerial display is planned for Friday 10 June together with live music and a ‘Lift-off’ launch party. Saturday 11 June will include an Armed Forces Parade at 11.30am and a full flying programme from 2pm to 5pm and ground display activities including live music from 10am to 10pm. Sunday will also include flying from 2pm to 5pm. The complete military and civilian flying schedule will be announced in the coming weeks.

Ground-based activities will include a large event village on Paignton Green with entertainment, fair rides, bars and catering. There will also be high quality specialist enclosures such as VIP, Hurricane Hangout and Family Fly By areas, for which tickets will shortly be on sale via the website. Ticketed Helicopter flights around the Bay are also available.

A leading Airshow consultant has been recruited to coordinate the flying displays, with both military and civilian aircraft included in the action packed programme. It is hoped that the Torbay Airshow will become an annual key fixture in the Torbay and national aviation calendars.

With just two weeks to go until the Torbay Airshow, organisers have announced details of the flying programme and opening times for Saturday 1 and Sunday 2 June. As in previous years, the focus of the…

Wow, what a weekend! Torbay Airshow has been amazing - The event drew in the crowds and it didn't disappoint. With both civilian and military displays, the crowd were wowed! The 3 day event s…

Torbay Airshow today announced that the UK based aerobatic display team, the Yakovlevs, will be flying over the weekend. With a breathtaking military and civilian flying programme planned and excit…