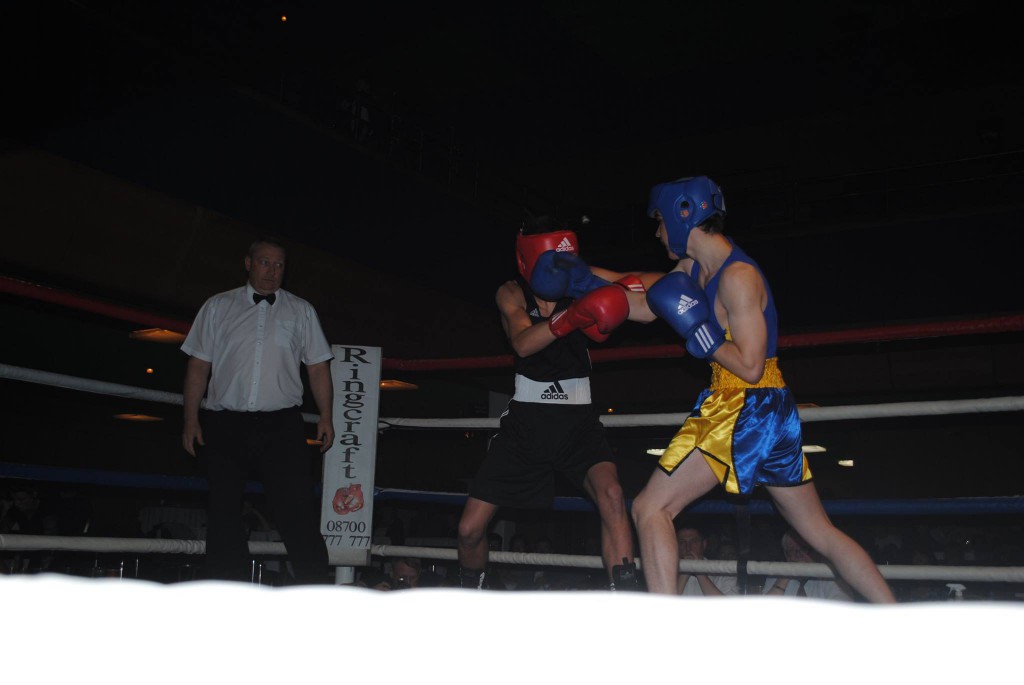 There were some great performances on the night with a super skills bout from Owen Undersell showing real quality. There were wins for Jonjoe Meade, Liam McCluskey, Charlie Parr, Mason Hunt and two outstanding displays from both Niall Cabiong and Alex Loewy, who most of the crowd agreed should have had the decision tipped in their favour.

The most impressive, stand out performance was a display by the talented junior Jonjoe Meade who received the favoured vote against his unbeaten opponent. Jonjoe also won the ‘Boxer Of The Night’ trophy.

Coach Darrell Asplen said after the event; “This was a fantastic night for Torbay Amateur Boxing Club” and was very proud of all the boxers of the club.