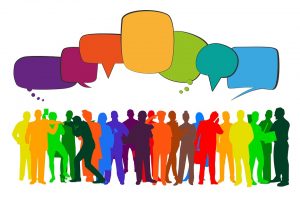 Torbay Council has become part of a national campaign to end men’s violence against women and girls.

White Ribbon,  originating in Canada in 1991, is now active in more than 60 countries including here in the UK where it was launched in 2007, and now byobtaining White Ribbon Accreditation Torbay Council has become part of the national campaign.

Mayor Gordon Oliver, tells us: ‘We are the first organisation in the South West to receive this accreditation, which shows we are committed to tackling this issue head on. An action plan is in place and we will build on what we have already done, including raise awareness in our local community and taking a stand together against this type of violence.’

Cllr Julien Parrot, Executive Lead for Adults and Children, adds: ‘Men and boys have a crucial role to play in creating a culture where male violence, abuse and harassment against women and girls are seen as simply unacceptable. Through this campaign we will support them to take a stand against gender based violence in their workplaces, schools, communities and homes.’

Along with Cllr Parrott there are five other ambassadors who have put themselves forward to help start the campaign locally, including Brian Guntrip, a community Police Sergeant, Juan Hernandez, the  Contract Manager at TOR2 ,and Healthwatch Torbay’s Kevin Dixon.

To further explain the significance of introducing the campaign and the impact of domestic abuse and sexual violence (DASV) within Torbay, Jason Preece, Torbay Council’s Domestic Abuse and Sexual Violence Coordinator says, ‘The statistics show that the incidents of DASV are increasing year on year, not just in Torbay, but nationally and indeed globally. During the period April 2017 to March 2018 there were 3268 domestic abuse incidents in Torbay.We are proud of the progress we have made in the past year with the appointment of a dedicated DASV Co-ordinator and the passing of our well received Domestic Abuse Sexual Violence Strategy for Torbay, but that is just the start and there is much more to do. The campaign acknowledges that men are also subject to violence in many different forms and that this is equally unacceptable. However, women are often disproportionately subjected to certain forms of violence simply because of their gender. Examples include sexual violence, slavery, rape, female genital mutilation and domestic abuse.’

The UK campaign recruits all year round. For more details on how to apply to become a male ambassador, a female champion or to take the pledge go to http://www.whiteribboncampaign.co.uk

If you have been affected by domestic abuse and/or sexual violence, irrespective of your age, gender, sexual orientation or when it happened, support is available locally or nationally.  More information and a directory of services can be found on Torbay’s website dedicated to these issues Are You OK?