by Bob Jope
in Community News 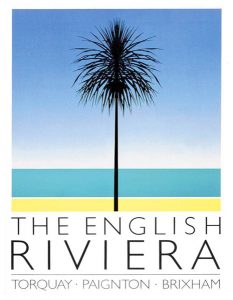 ‘Independents are on the rise in Torbay, with 9 out of 36 sitting councillors being independent from any political group. Hopefully, more Independents will be elected in May,’ the Torbay Independents tell us. ‘We Independents endeavour to be a true Voice for the Community rather than obeying the whip of political masters.’

Independents believe that, for too long, the main intention of the leading groups on Torbay Council has been to hold on to power rather than listen to and act on the hopes and aspirations of the people they claim to represent – us!

Debates in the Council Chamber are really nothing more, they reckon, than nodding through what’s already decided on-high, councillors submissively accepting a ‘whipping’ system depressingly similar to the one that we hear regularly about from Westminster.

It’s time, the independently-minded councillors believe, to change all that. Time for the community to be represented by councillors who truly do ‘speak for local people’.

To that end, later this month a meeting at the Redcliffe Hotel will give a chance for anyone wanting to find out more to hear about the Independent Network, helping Independents get elected since 2005.

On January 29th, Councillor Mike Haines, Leader of Teignbridge Independent Group and Local government Association Independent Group SW Regional Peer, will be explaining how Independents can flourish and achieve, including ‘the do’s and don’t’s’ of independence.

At the Redcliffe, Mike Haines will talk and answer questions, explaining why he believes that working as one of a group of Independent councillors has meant that the views and opinions of the local community have been listened to and acted on far more effectively than they are when the traditional ‘party’ system is in control.

‘We’re not a party,’ they remind us. An Independent, after all, is a person who refuses to be told by someone else how they should vote and, rather than toe a party line, acts in the interests of the people who elected them.

One way to find out much more about Independents and how to speak for local people, and particularly if you feel you’d like to get involved as a councillor, come along to the Redcliffe in Paignton on January 29th – from 6pm to 8pm – to hear and talk to Mike Haines.

For further details, contact one of Torbay’s Independents on 07811965194 or excell47@gmail.com