Police are leading on an investigation following a major fire at a Torquay hotel at the weekend.

12 fire engines from across South Devon attended the fire at the Trecarn Hotel in the Babbacombe area of Torquay.

126 guests at a Torquay hotel were evacuated to neighbouring hotels following the fire on Sunday 25 September. 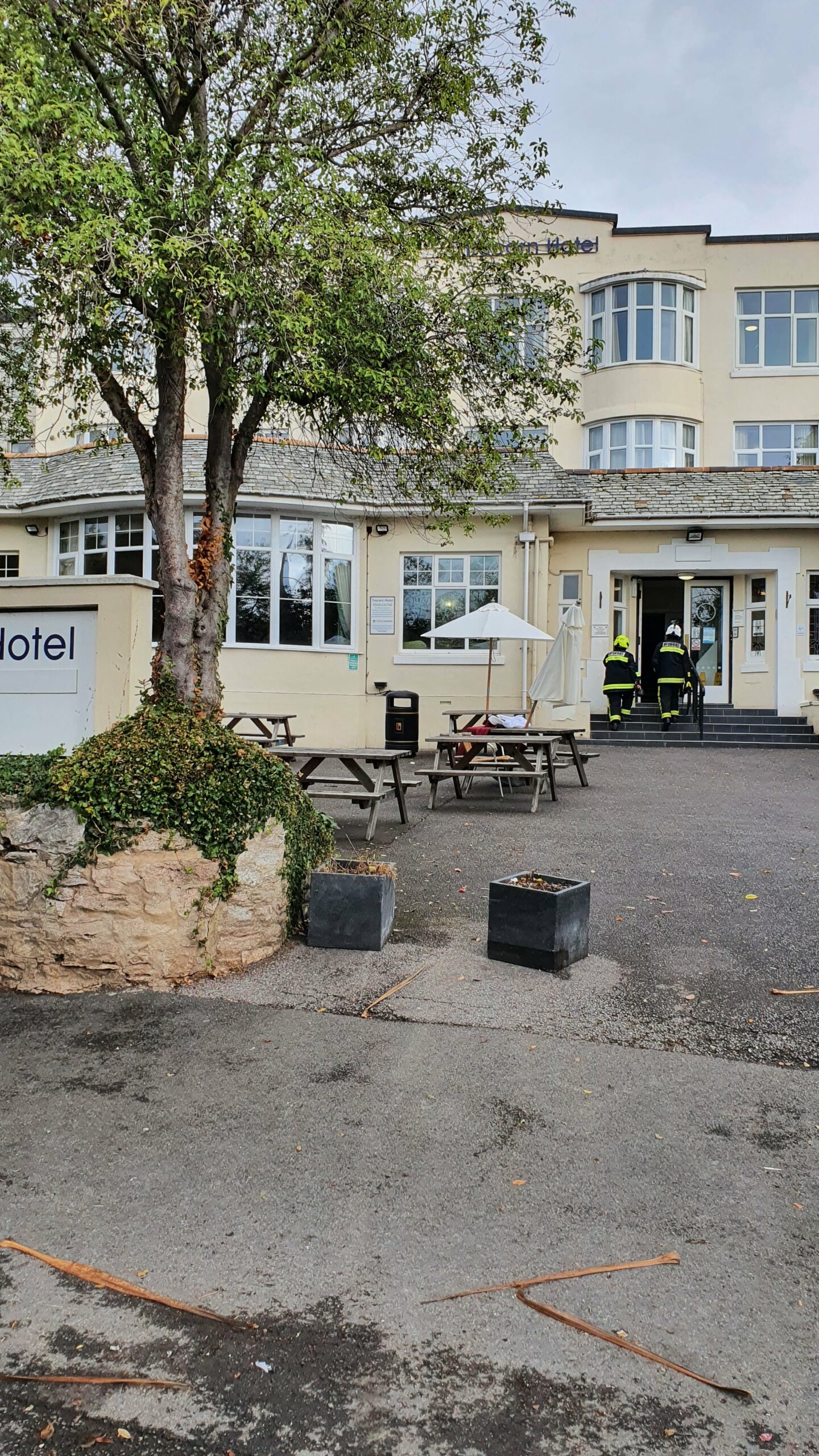 Detective Inspector Dave Pebworth said: “Over 120 guests had to be evacuated during the incident but thankfully no-one was seriously injured.

“A major response from Devon and Somerset Fire and Rescue ensured that this fire didn’t have fatal consequences, but a serious amount of damage and disruption was caused and those responsible must be identified.

“Following advice from fire investigators, it is believed that this fire was started deliberately, and police are appealing for witnesses.

“We would like to hear from anyone who was in the area and saw anything suspicious between the times of 10:30pm on Sunday 25 September, and half past midnight on Monday 26 September.”

Information can also be passed to Crimestoppers anonymously on 0800 555111 or online at https://crowd.in/SDs6i8.