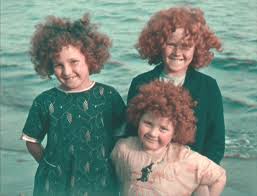 ‘The Open Road’ was a film of his road trip from Land’s End to John o’Groats. From the film, here’s Torre Abbey Sands and Cockington in 1924, re-edited and digitally restored by the BFI National Archive. This was Britain seen in colour for the first time:

… and suggesting that while some things change, others remain pretty much the same, here’s Cockington: