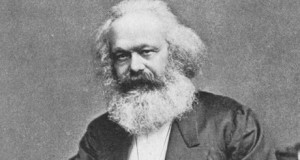 “What might have been is a distraction,
Remaining a perpetual possibility,
Only in a world of speculation”, Torquay visitor the poet TS Eliot

The television series ‘The Man in the High Castle’ is loosely based on the 1962 novel of the same name by Philip K Dick. It’s set in an alternative history of the world where the Axis powers won World War II. In the series the United States has been partitioned into Japanese and Nazi puppet states. The pilot debuted on January 15, 2015 and was Amazon’s “most-watched.” 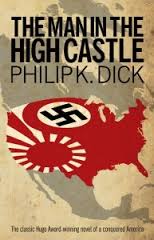 The “What if the Nazis had won the Second World War?” question is just one of many asked by alternative histories. Others include “What if the Confederates had won the American Civil War?”, “What if President Kennedy had survived the assassination attempt?”, and “What if the Cuban Missile Crisis escalated into a full-scale war?” One way these themes are explored is through the butterfly effect, a concept where small causes can have large effects. The name is derived from the metaphorical example where a hurricane is influenced by minor air changes such as the flapping of the wings of a distant butterfly several weeks earlier – a very small change in initial conditions creating a significantly different outcome. It’s nicely described here in Jurassic Park:

The complication is, of course, that any change can have unexpected consequences. Critics of alternate history also warn against concentrating too much on one changed event, instead of all the events that led up to it. They also point out that historical developments may be inevitable.

Here’s a couple of local examples of how small changes could have affected world history.

Karl Marx (1818-1883) was a philosopher, economist, sociologist, historian and revolutionary socialist. He published various books during his lifetime, with the most notable being ‘The Communist Manifesto’ and ‘Capital’. Some of his works were co-written with his friend Friedrich Engels. Following his death, revolutionary socialist governments espousing Marxist concepts took power in a variety of countries in the 20th century, leading to the formation of the Soviet Union in 1922 and the Peoples Republic of China in 1949. Marx has been consequently described as one of the most influential figures in human history. 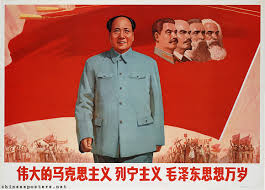 Yet, during his life Marx was forced to move from country to country and he often lived in poverty. In 1849 he was exiled and moved to England together with his wife and children. While in London, Marx continued writing and formulating his theories about the nature of society and how he believed it could be improved. He also campaigned for socialism.

On 19 January 1867 Marx wrote to Engels covering a range of issues including the production of his book ‘Capital’ and industrial unrest: “Regarding the strike question, or at least the Manchester Weavers’ dispute, I should be obliged to you if you would write me an exact account of the state of affairs, as I can still include it.”

He also reported on how the state of his finances and health was affecting his work. Marx was exhausted, ill and broke. He wrote, “Aside from the delay, a yet greater obstacle to my committing myself to the 2nd volume is the fact that, when the first one has appeared, I shall have to make a pause for my health’s sake; and I shall in any case have to travel to the Continent to ascertain whether I can in any way sort out my financial circumstances. These are becoming worse day by day, and there is a danger of everything coming crashing about our heads.

“The baker alone is owed £20, and there is the very devil with butcher, grocer, taxes, etc. To crown it all, I recently received a letter from a Mr Burton in Torquay, informing me he has bought the house from Sawyer, and he is dunning me 1. For the outstanding rent for the last Quarter, 2. as my lease expires in March, requesting me to state if I wish to take the house subsequently, either for a longer lease or annually. I did not reply immediately. Whereupon I received a second letter yesterday, saying I must explain myself, as otherwise his ‘agent’ would have to take steps to find another tenant. So in a fix.

“As for my physical condition, it has been better for some weeks, a few small carbuncles on my left loin, but not significant. Only dreadful insomnia, which makes me very restless, although the chief cause is probably mental. Politics frozen up, too cold even for the Russian bear… K. M.”

What if Mr. Burton, our Torquay landlord, had insisted on his rent being paid immediately? What if Burton proposed to Marx that he start writing some real income-generating novels instead of economics and politics books that no-one was ever going to read? If he had convinced Marx to change direction, would the world be very different today? 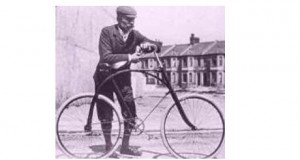 Here’s another. There’s an intriguing old photo which is titled: “VI Lenin on holiday in Torquay circa 1907” (pictured left). There doesn’t appear to be any other evidence that one of the 20th century’s most well-known figures holidayed in the Bay. However, as a professional revolutionary Lenin spent many years outside Russia where he emerged as a prominent figure in the international revolutionary movement. Lenin was certainly in Britain in 1907, researching in the British Library, but what he was doing in London is only partly known. So it is possible that he took time off for a Torquay break. He was also a great cyclist and the Bay was only a short train ride from London. 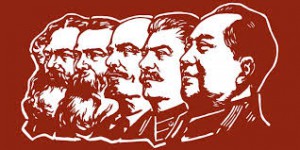 Of course Vladimir Ilyich Lenin (1870-1924) went on to be one of the leading political figures of the 20th century. He masterminded the Bolshevik take-over of power in Russia in 1917, and was the architect and first head of the USSR. If Lenin had taken a liking to Torquay on that visit, and decided to make our town his own, would the Russian Revolution never have happened? Would Russia without Lenin and then Stalin have eventually become a democratic nation and would millions of lives not have been lost during the wars and revolutions of the twentieth century? Or would a still essentially feudal Russia not have been able to fight off the Nazis in 1941? Would the victorious Nazis then turn again to attack Britain, this time aided by millions of enslaved Russian troops? 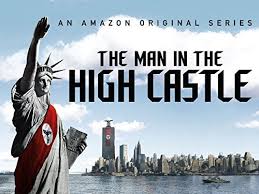