A man from Torquay has warned others after a rock was thrown at his windscreen whilst he was driving last night, 30th November along the A380.

The rock was thrown with such force, it landed in the car.

Laurie Harford from Torquay was driving towards Newton Abbot on the South Devon Highway when the incident occurred just before midnight:

Posting on Facebook page: Spotted Torquay, Laurie warned others:
“Just before midnight last night travelling along South Devon Highway heading towards Newton from bottom of Hamlyn Way couple of large rocks thrown from first bridge, luckily wasn’t speeding and had no passengers. Police investigating as could have been much worse and have said there have been several similar incidents recently,”

Laurie’s car windscreen was smashed in the incident. 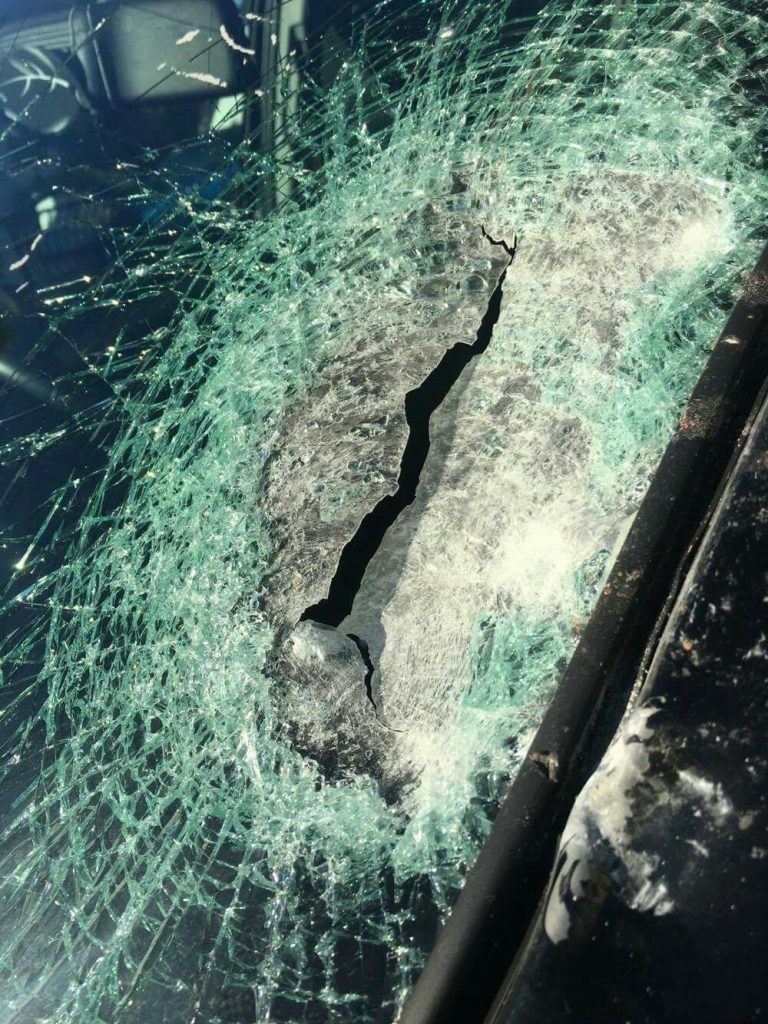 Another image shows glass on the passenger seat. Laurie says he was lucky he had no passengers. 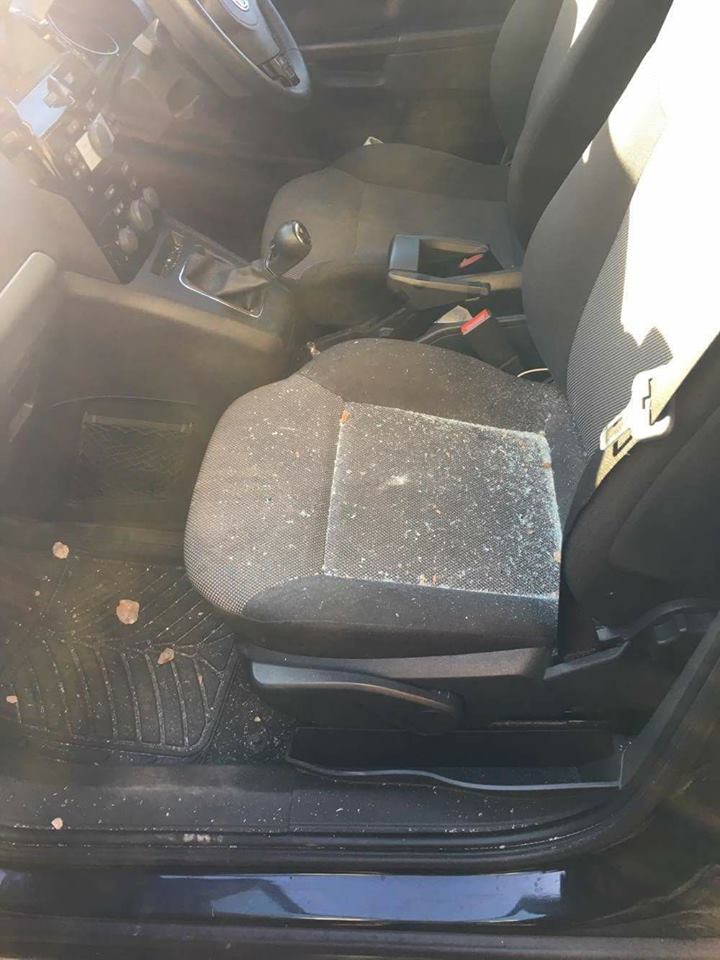 Officers believe this may be linked to a barn fire at a farm on Fluder Hill [click here for info re. barn fire.]