All tourist resorts are not the same…

They evolved in their own ways, making Paignton a different town to Torquay.

Let’s begin with the early days of Torquay as a resort. Our mild climate attracted visitors who could afford to travel and to recover from illness or surgery with convalescent homes offering patients access to the benefits of “healthful” air, calm, rest, light, food and exercise. 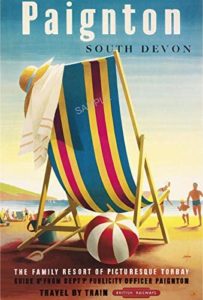 But both our towns changed profoundly with the opening of Torre Railway Station on 18 December 1848 – the more coastal Torquay station and Paignton following on 2 August 1859. This improved transport connection resulted in rapid growth at the expense of those nearby towns not on Brunel’s railway. Torquay’s population increased – to 11,474 in 1851 – as did our affluence.

If we want to identify a time when Torquay decided on its future, it would be the day when we chose not to drive the railway to the habourside – as was originally proposed – but to locate it on the edge of town. This decision, to be a tourist town and not an industrial port, is still core to our self-image, economy, and many of the opportunities and challenges our towns face today.

The trains brought major social change as they made access cheaper in time and money. Conversely, those resorts missing out suffered – neighbouring communities would eventually become suburbs and assimilated as the population quadrupled between 1841 and 1901. 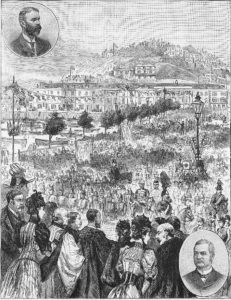 Railways were a symbol of ruthless progress, overcoming anything that opposed them – public opposition, family land, and the natural environment. And the arrival of the railway to these isolated peripheral coastal towns immediately exposed Torquay and Paignton to public notice. Torquay then became the most popular and self-consciously elite resort in the south-west, and intended to stay that way.

The railways opened up a new experience for the British, the main beneficiaries initially being middle-class families seeking to escape from the crowds and pollution of the cities to the clean air and health benefits of the Bay. The seaside then became a place where a different culture evolved and it came to play a unique role in the lives of the Victorians. 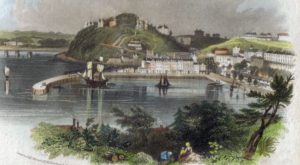 By the latter years of the nineteenth century Torquay was claiming to be the richest town in England. This stimulated considerable investment in infrastructure such as street lighting, public parks, road building and trams. Building styles were transformed with architecture taking on a more exotic style while tropical plants were used to suggest romantic images of warmer climes, further promoting the idea of an English Riviera.

Not all ventures were successful, however. The larger Victorian resorts, especially those which catered for the rapidly-expanding working-class holiday market, offered ‘pleasure palaces’. But outside of Blackpool, large-scale commercial entertainment seldom paid satisfactory dividends. Along with the great Victorian seaside hotels, they were particularly vulnerable to changes in popular taste and the economics of the industry. The original Torquay Winter Gardens of 1881, for example, was a cast iron and glass conservatory, able to seat up to 1,000 people for concerts. It failed, as did Torquay’s Opera House which still stands on the Strand. 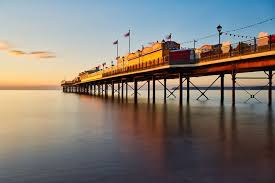 A local version of the ‘trickle-down theory’ of economics consequently took hold – the interests of the tourism industry would be promoted at all costs, while alternatives would be ignored or suppressed. Inevitably, there would be challenges to this conservatism. From the mid-nineteenth century arenas of conflict developed when Torquay’s Establishment strove to preserve its sense of uniqueness: in public order; morality; and religion.

This large-scale expansion of Torquay and Paignton as resorts exacerbated social and cultural conflict, particularly when the market for holidays broadened to include significant numbers of working class people. Those escaping to the seaside would unavoidably bring with them debates about morality and identity which were so pervasive in Victorian life.

Our role as a ‘liminal’ place was enhanced, a gateway between land and sea, culture and nature, constraint and hedonism. Visitors with clashing values and expectations found themselves in close proximity, with some expecting relaxation and an escape from the pressures of life, others to compete in the promenade, to flirt, display and consume. 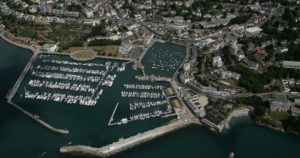 We offered temporary decadence, but only so far. The danger was that those visitors and residents most valued by Torquay would either seek remoter areas or begin to travel abroad. This was an existential threat, particularly to Torquay, which could never be tolerated.

By 1870 there were 48 places classified as seaside resorts, all attracting day-trippers as well as holidaymakers. Yet seaside towns were not all the same. While many of the Victorian visitors to other resorts were working class, Torquay saw itself as the premier retreat. With no major centres of industry in close proximity, it was then able to target the more affluent visitor, relying on its reputation as an area of great natural beauty and as a health resort. Torquay consciously targeted a more upmarket clientele, ranging from middle class artisans to prominent members of society. The town consequently adopted the names familiar to the elite clientele it was trying to attract – Grosvenor and Belgravia.

Recognising that resorts could cater for different classes of visitors, a strategy of diverting the lower classes to other resorts was undertaken. Torquay’s entertainment was targeted at specific audiences and the prices charged by hotels and boarding houses was higher in Torquay than Paignton. It was further implied that lower standards of behaviour would be permitted in other resorts. For example, it was believed that postcards prohibited in Torquay were acceptable for sale in neighbouring towns such as Paignton and Teignmouth. 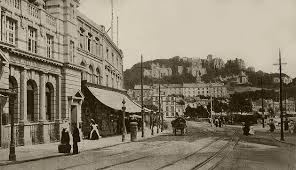 It wasn’t until 1902 that Torquay introduced its first advertising campaign to market to summer tourists. But this was also a diversion strategy to segregate and separate the different classes of visitor.

Torquay was promoted as an autumn and winter resort deliberately to offset the spasmodic conditions of the holiday trade with the late holiday season focussed on the middle or upper-classes. To attract this clientele we needed to offer comfort, the ‘right tone’ and specific entertainments. Such amusements were based on seasonal patterns reflecting the nature of the intended audience. As cultural forms, however, they would often fail to evolve and innovate – they didn’t need to as there would always be a new audience every two weeks. 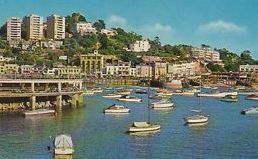 One activity laden with meaning was to ‘take the cure’, a pseudo-scientific practice that advocated immersion in sea water for physical and mental health. This practice was regulated and involved modesty and bathing machines. While swimming costumes and swimming by people of lower classes became more popular, men and women still had to bathe separately, a practice that wasn’t altered until the year Victoria died in 1901.

Local authorities in alliance with the Established Church also drew the line of acceptable behaviour in other areas such as Sunday observance – hence the ‘Torquay War’ when the Salvation Army tried to march on the Sabbath, a six month conflict which led to over a hundred arrests and rioting before the Council relented.

Torquay and Paignton consequently developed as different tourist towns catering for a separate clientele. This was both explicit and implicit… and perhaps still is.