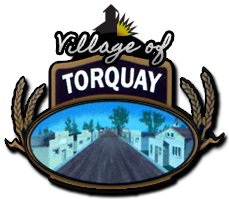 The origin of the name of Torquay is fairly straightforward – the hill by the quay.

‘Tor’ is probably a Celtic-Saxon term from the Welsh twr and Saxon torr – a high rocky outcrop. A quay is a structure on the shore of a harbor, or on the bank of a river or canal, where ships can dock to load and unload cargo or passengers.

When people started calling the Saxon settlement of Torre by the name ‘Torquay‘ has been long debated. What we do know is that both Paignton and Brixham are around 700 years older. The earliest mention of ‘Torre Key‘ is in a charter of the reign of Henry VIII.

Another piece of evidence is from 1577 when the Catholic martyr Cuthbert Mayne (who has a Torquay school named after him) was executed in Launceston marketplace. He was hanged, drawn, and quartered and, as was the tradition, one quarter of his body was ordered to be set up on a pole at ‘Torquey’.

But we’re not the only Torquay. While there’s another coastal town called Torquay in Australia, Canada also has a Torquay.

The Saskatchewan Torquay, however,  is located 1900 miles and a 20 hour drive from the coast at Vancouver. It’s situated along Highways #18 and #350, just a few kilometers north of the border to the United States, and a 535 mile, 6 hour drive, from Winnipeg.

So, why did a village situated so far from the sea, without a quay, and being set in the Canadian prairie – clearly lacking a high rocky outcrop – decide to call itself Torquay?

Here’s the background: the Canadian Pacific Railway Company was incorporated on February 16, 1881. Once it was firmly established in the east, the CPR expanded in 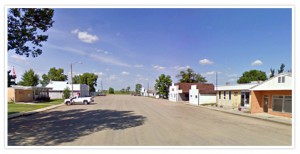 to the west and the final link was when the last spike was driven by Donald A. Smith (later Lord Strathcona and Mount Royal) at Craigellachie, British Columbia on November 7, 1885.

The CPR line ran through what is now Saskatchewan in 1882-83. The Regina to Prince Albert Line was completed in 1889–90. In answer to demands by settlers and businesses from communities adjacent to the railway, the CPR constructed feeder lines when there were prospects for profitable returns.

As the CPR pressed westward communities sprang up along the branch lines. In the Torquay area the railroad was located in 1909, surveyed in 1911, and graded in 1912. The steel was laid in 1913, and the first train to run on the line was on September 24, 1913. The branch line was built out from Estevan and was called the Estevan and Forward Branch. In 1912 Wesley Shier sold his homestead to the CPR for a town site for $2,400 and a hamlet was established.

Here’s the reason for the name of Torquay:

“Since the railroad locomotives needed a good supply of water and this town site had an abundant supply, this led a railroad superintendant’s wife to suggest that the settlement take its name from an English town, Torquay, which is also located beside a good supply of water, namely the English Channel, and thus Torquay got its name.”

The first meeting of the Village of Torquay was on January 9, 1924. Wooden sidewalks were constructed and installed around 1926, and remained until 1959 when concrete sidewalks replaced their wooden counterparts. Street lights appeared in 1946 and natural gas was brought in around 1972.

Today the Village of Torquay has a population of 236 and 104 private dwellings.

More information on Torquay, Saskatchewan can be found on the village site:  http://www.villageoftorquay.com/index.php

Did Kenneth kill the King and collapse in Kents Cavern?

Did Kenneth kill the King and collapse in Kents Cavern?