A schoolboy from Torquay  who is in Bristol Children’s hospital had a visit from from Paw Patrol Yesterday.

Anthony Roach from Riviera Mascots & Bounce Torbay and Dudley Rae from Viking Warriors took the trip from Torquay to see Louis Stevenson, 8, after they found out Louis is a fan of Paw Patrol. 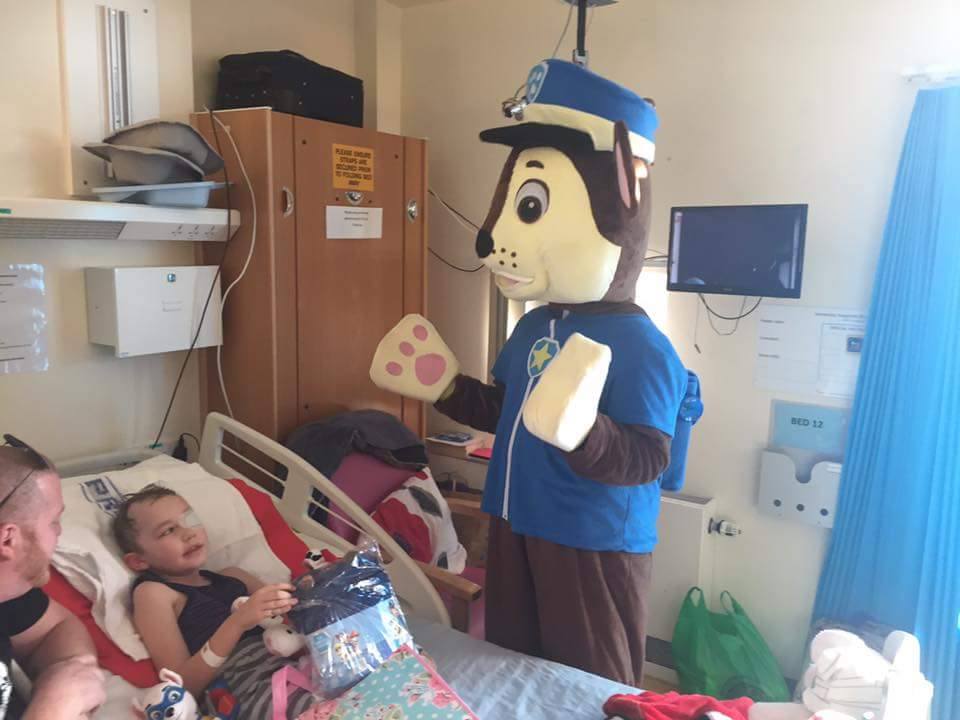 Louis with Chase from Paw Patrol and Dudley Rae

E. Richards, who started the online JustGiving appeal said on the page:
“We are raising money for 8 year old Louis Stevenson who is from Torquay. Louis has a tumour in his head and spine which has been removed by some amazing doctors, unfortunately what is left is stage 4 cancer. Louis is now at Bristol Children’s Hospital (ward 38) having treatment, normally he attends Sherwell Valley Primary School school in Torquay (along with his 6 year old sister), his favourite things are Spiderman, Paw Patrol and Teddies from Build a Bear, his favourite TV show’s are X Factor and I’m Celeb.

“Anything you lovely people could donate would be fabulous, Louis and his family are normal everyday people from Torquay and now need all the help we can give them. Thank you all in anticipation,”

To donate, go to:

We spoke to Anthony Roach from Riviera Mascots & Bounce Torbay about why he took the trip:
“I went up because I heard that Louis might not be getting home before Christmas and then Dudley from Viking Warriors kindly offered to pay for the fuel to get there. Like with all the hospital visits I do, I try just help in anyway I can to let the children forget their suffering for a bit and also help the parents have a little bit of respite whilst I’m there,”

Anthony is a regular visitor to Louisa Carey Ward at Torbay Hospital, visiting poorly children as their favourite characters . 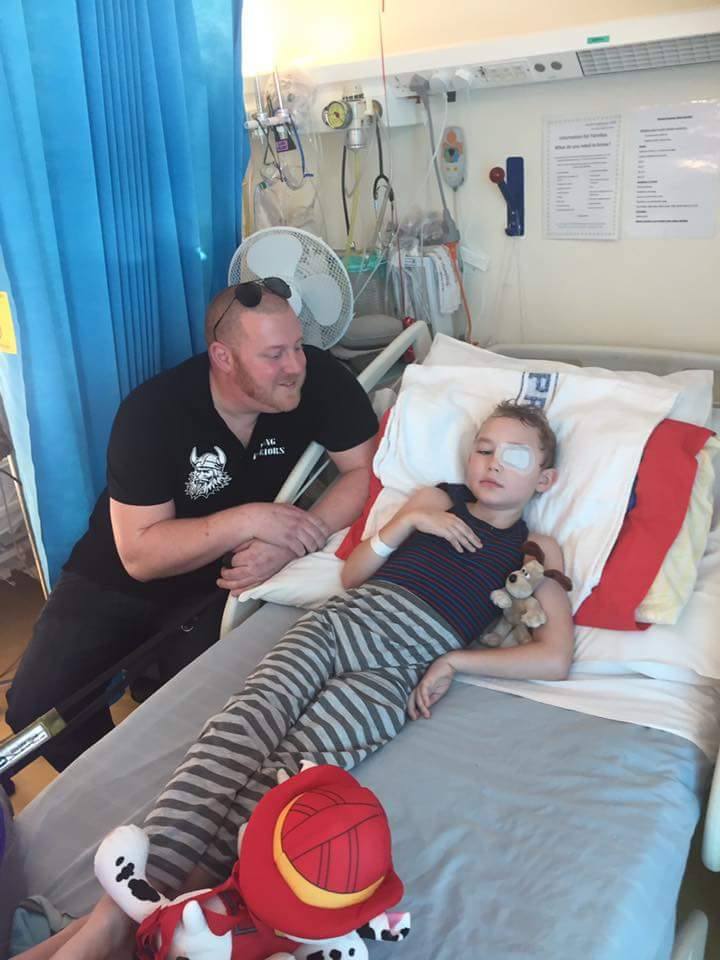 Dudley Rae from Viking Warriors has himself suffered a brain tumour which left him visually impaired. Dudley, who works for Safe Response now fundraises for charity including Torbay Holiday Helpers Network and Think Amy. Dudley will will be taking part in The Odyssey to Dakar challenge next year, a massive 15K mile journey. To find out more about Viking Warriors, go to: http://vikingwarriors.co.uk/