While we were putting together the ‘Writers on the Riviera’ walking trail, we were asked to find a few quotes from visitors and locals who appreciated Torquay.

We found a great many folk who really valued our natural beauty, hospitality and quality leisure opportunities. Some of these positive quotes are in the Trail at: https://www.theshorely.com/articles/writers-on-the-riviera. 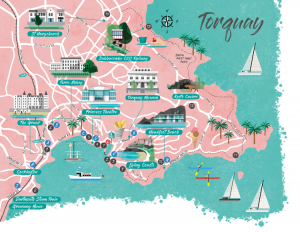 We also came across those who, over the years, found less to be admired.

So, in the interest of balance, here are some of those comments we didn’t pass on the good folk over at the English Riviera Visitor Information Centre…

“The people of Ellacombe had better renounce the name of religionists, and call themselves ‘alcoholists’.” The Vicar of Ellacombe, the Reverend CE Storrs (1895) 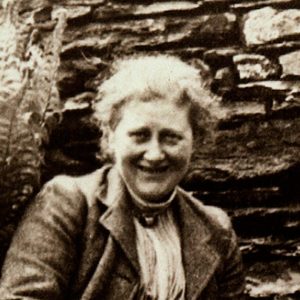 “I did not take to what I had seen of Torquay. I sniffed my bedroom on arrival, and for a few hours felt a certain grim satisfaction where my forebodings were maintained, but it is possible to have too much Natural History in a bed. I did not undress after the first night, but I was obliged to lie on it because there were only two chairs and one of them was broken.” Anstey’s Cove was, “curiously pretty but rather too much of a show place”, while St. Marychurch was, “a most dreary suburb”, Beatrix Potter (1893) (pictured) 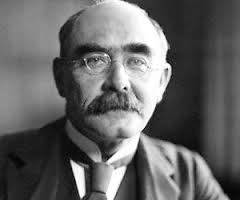 “Torquay is such a place as I do desire to upset it by dancing through it with nothing on but my spectacles. Villas, clipped hedges and shaven lawns, fat old ladies with respirators and obese landaus.” Rudyard Kipling (1865-1936) ( a landau is a sort of luxury horse-drawn carriage) 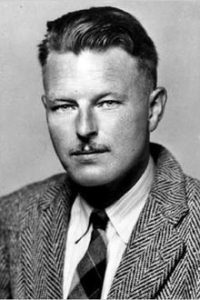 “A funny, tawdry place, on the sea, like a pub picture of China gone crazy, only it’s got speedboats & plenty of sea & diving boards & this afternoon a cruiser. God knows where that came from.” Author Malcolm Lowry (1931) (pictured)

“Making my way along the barrack-like prom, I passed a mournful-looking man who was sitting outside The Galley sandwich bar, in a kind of concrete corridor overlooking the harbour, staring at his bacon and brie baguette (the baguette is the new cheese roll in Torquay). ‘It’s these ‘daily specials’ – they never seem to change’, he was saying to his wife. Something of a metaphor, I felt. The reason that he didn’t hurl it into the sea and demand something truly special has, I suppose, much to do with our English seaside holiday tradition: take what you are given and shut up. The attitude still prevails. Buying postcards in Harbour Lights, one of the hundreds of gift and beachware shops, I asked the owner if he sold stamps. He fairly jumped for joy as he said proudly, ‘No, I don’t.’ I hastened on.” The Daily Telegraph (2000)

“I don’t know whether you have ever seen Torquay. It is sadly spoiled by wealth and fashion, which leaves no secluded walks, and tattoo all the hills with ugly patterns of roads and villa gardens. Everywhere houses and streets are being built, and Babbicombe will soon be joined to Torquay. We should not come again without special call, for in a few years all the hills will be parts of a London suburb.” George Eliot – Mary Anne Evans (1868) 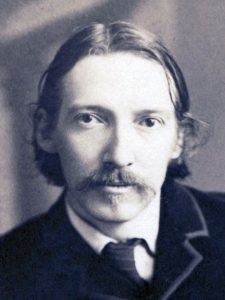 “But this year the biting Oriental blasts, the howling tempests, and the general ailments of the human race have been successfully braved by yours truly”. Robert Louis Stevenson (1850-1894)

“I have read of the close proximity of the overly rich and the very poor that exists in many cities, but I believe I speak the truth when I say I have seen more luxury since being in Torquay than in all my previous life, and I know I never saw such pitiable poverty before. Half-clad children with hungry pinched faces, and grown up beggars with something worse than either hunger or squalor upon their countenances are to be seen everywhere. All pity for such poor folk in England!” Canadian traveller Isabella Cowen (1892).

“The majority in the world are sinners, and are quite against goodness, and I’m afraid it’s the same in Torquay”, The Salvation Army’s Evangeline Booth (1888)

“The whole town was swarming with holiday-makers, only they did not seem to be making holiday. One doesn’t, of course, expect any overt gaiety from English people at play. I did not anticipate that vivacity, that careless, wayward charm which makes even the shoddiest French seaside resort so stimulating. But all the same there was something unduly oppressive in the empty, questing faces of the crowds that shuffled and shambled through the sunless, hot but steep and windy streets. They had nothing to do, it seemed, because there was nothing for them to do”. The Spectator Magazine’s James Pope Hennessy (1947)

“More architectural murders have been committed here than in all of Agatha Christie’s novels. The splendid Victorian Marine Pavilion (sic), once right on the seawall, was destroyed in the 1960s to make way for another concrete bunker, called Coral Island, which for the past few years has been a boarded up, graffiti-covered eyesore.” The Daily Telegraph (2000) 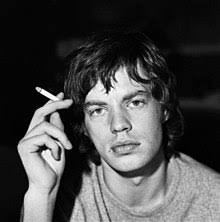 And, finally, a back-handed compliment from Mick Jagger in 1964:

“Torquay’s a great town. But I shouldn’t think there’s much to do in the winter.”