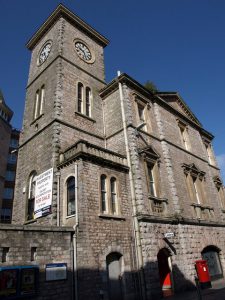 In the classic 1994 movie ‘The Shawshank Redemption’ Andy Dufresne – played by Tim Robbins – is sentenced to life in Shawshank State Penitentiary. At the end of the film, the prison guards find his cell empty. Taking 19 years Andy had dug a tunnel with a tiny rock hammer to make his escape.

Here’s the story. Torquay’s original Town Hall was the building that is now partly occupied by Envy Bar – it’s opposite WH Smiths in Lower Union Street. The building also doubled as our local lock-up for criminals of all types. This was known as the “Clink” and was situated underneath the Town Hall. 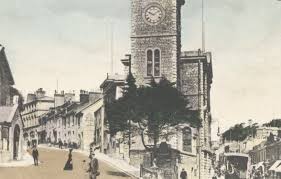 During the late 1850s one inmate who was regularly “locked up for one cause or another was a half-witted man” by the name of Tom Moxhay. Tom seems to have been a bit of an escape artist and on one occasion, “he knocked away the bolts of his cell door with his bedstead and got away”. He was soon recaptured. Nevertheless, a bit like Steve McQueen’s Cooler King in ‘The Great Escape’, this didn’t put him off – sorry about mixing movie metaphors there. 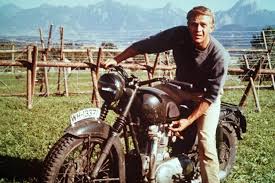 It’s his other escape that reminds us of Andy Dufresne, and it was a series of major public health building works in the town centre that made it all possible. 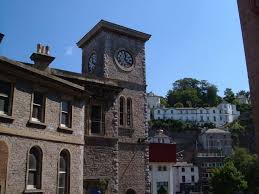 In 1849 a cholera epidemic had left 33,000 dead across Britain in three months. In Torquay 66 people died from cholera and dysentery over a period of six weeks – many of the dead being buried in a mass grave known as Cholera Corner in Torre churchyard. The cases occurred mainly in the oldest and poorest parts of town. These were Pimlico, Swan Street and George Street – the latter being now buried beneath Fleet Walk. 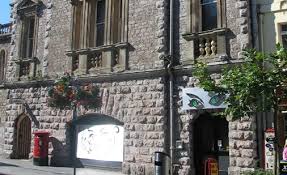 The underlying cause was the primitive level of sanitary arrangements, cholera being a water-borne disease. For example, in Pimlico – where the traffic now runs to avoid the pedestrianised Lower Union Street – a population of over 200 of the poorest lived in overcrowded conditions. They got their drinking water from the River Fleet which ran through the narrow valley. The Fleet also acted to take sewage out to sea via Torquay harbour.

Torquay adopted the Public Health Act and the first meeting of the Local Board of Health took place in September 1850. Conditions then gradually began to improve. The Local Board made “a good wide street between the bottom of Union Street and the Strand.” This replaced the narrow and poorly constructed alleyways on both sides of the River Fleet. At the same time, the Fleet was confined to a tunnel. Today, the Fleet remains underground and the broad highway still runs through Torquay from the Strand to Castle Circus. You can still hear the Fleet rushing below you if you stand outside Primark. 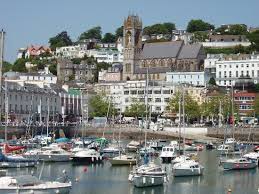 The new enclosed sewer ran underneath Tom’s cell in the Clink. Tom – “half-witted” though he may have been – managed to remove some of the stones from his cell and access the Fleet sewer.

From there he crawled in the foul darkness underneath the entire length of Fleet Street and emerged at the Harbour. Sadly for modern local romantics, unlike Andy Dufresne he was there recaptured. Bearing in mind the route of Tom’s daring bid for freedom, we can assume that none of our law enforcers would have wanted the honour of taking him  back into custody – “You can have this one…”

Well, we did say it was almost like the Shawshank Redemption… 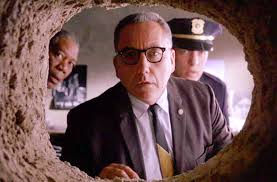