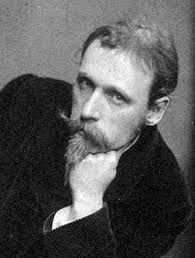 Here at WASD we like to remember locals who have gone on to greater things. One of these was the famous artist and book illustrator Walter Crane (1845–1915). You may not be familiar with Walter’s name but may well know his drawings and paintings, particularly his illustrations of children’s books. 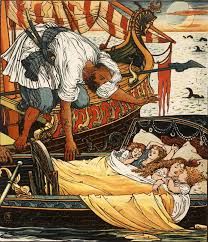 Part of the Arts and Crafts movement, Walter produced a huge range of work throughout his life including paintings, ceramics, textiles and political cartoons. He also designed entire rooms, including wallpapers, curtains, carpets, ornaments and furniture. 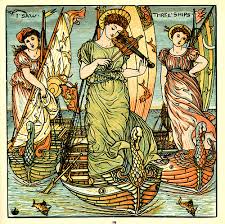 Walter was born in Liverpool, but due to his father’s bad health, his family relocated to Torquay when he was three months old. According to his memoirs, this was a happy childhood which was spent watching the boats coming into the harbour, visiting circuses, catching butterflies and playing on the fun-fair. He said later that his love of landscapes and the sea was the result of his time living in the Bay. 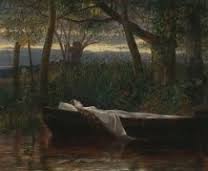 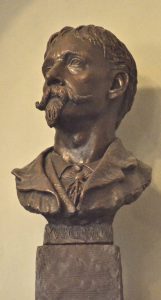 When Walter was 11, he and his brother were sent to a boys’ school. The schoolmaster, Mr Page, was strict and often used his cane to beat the children. Not surprisingly, he didn’t like this school and particularly dreaded mathematics. He much preferred art and showed his talent at a young age and often sat in his artist father’s studio, drawing, “portraits of gentlemen wearing tartan or floral waistcoats”. His father encouraged him to draw and had many art books and prints which Walter admired. When his father’s health improved, the family moved to London in 1857. 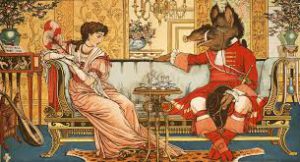 In 1859 he was apprenticed to the wood engraver WJ Linton as a draughtsman and from 1863 began designing the Toy Books for Routledge that greatly improved the standard of Victorian children’s book design. Walter then became highly regarded both in Britain and abroad. He won international awards for his work and exhibited in America, Hungary and Germany. He is now considered to be the most prolific and influential children’s book creator of his generation. 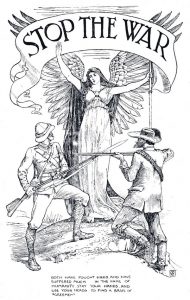 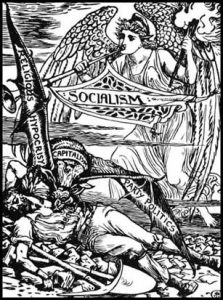 Walter also became known for his political activism and he used his talent to promote the cause. From the early 1880s, initially under William Morris’s influence, he was closely associated with the Socialist movement. He provided the weekly cartoons for the Socialist organs Justice, The Commonweal and The Clarion. Many of these were collected as Cartoons for the Cause. He devoted much time and energy to the work of the Art Workers Guild, and the Arts and Crafts Exhibition Society, founded by him in 1888. 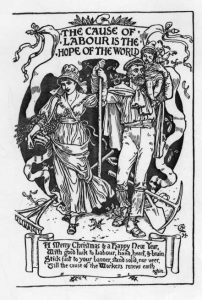 Although not himself an anarchist, Walter contributed to a range of libertarian publishers, including Liberty Press and Freedom Press. Following the Haymarket bombing in Chicago in 1886, he travelled to the US where he spoke in defence of the eight anarchists accused of murder. 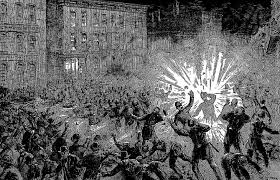 Here’s a compilation of some of his work – see if anything is familiar: