Fire crews from Totnes, Kingsbridge and Dartmouth attended the fire at Ashwell, Harbertonford at around 11am. 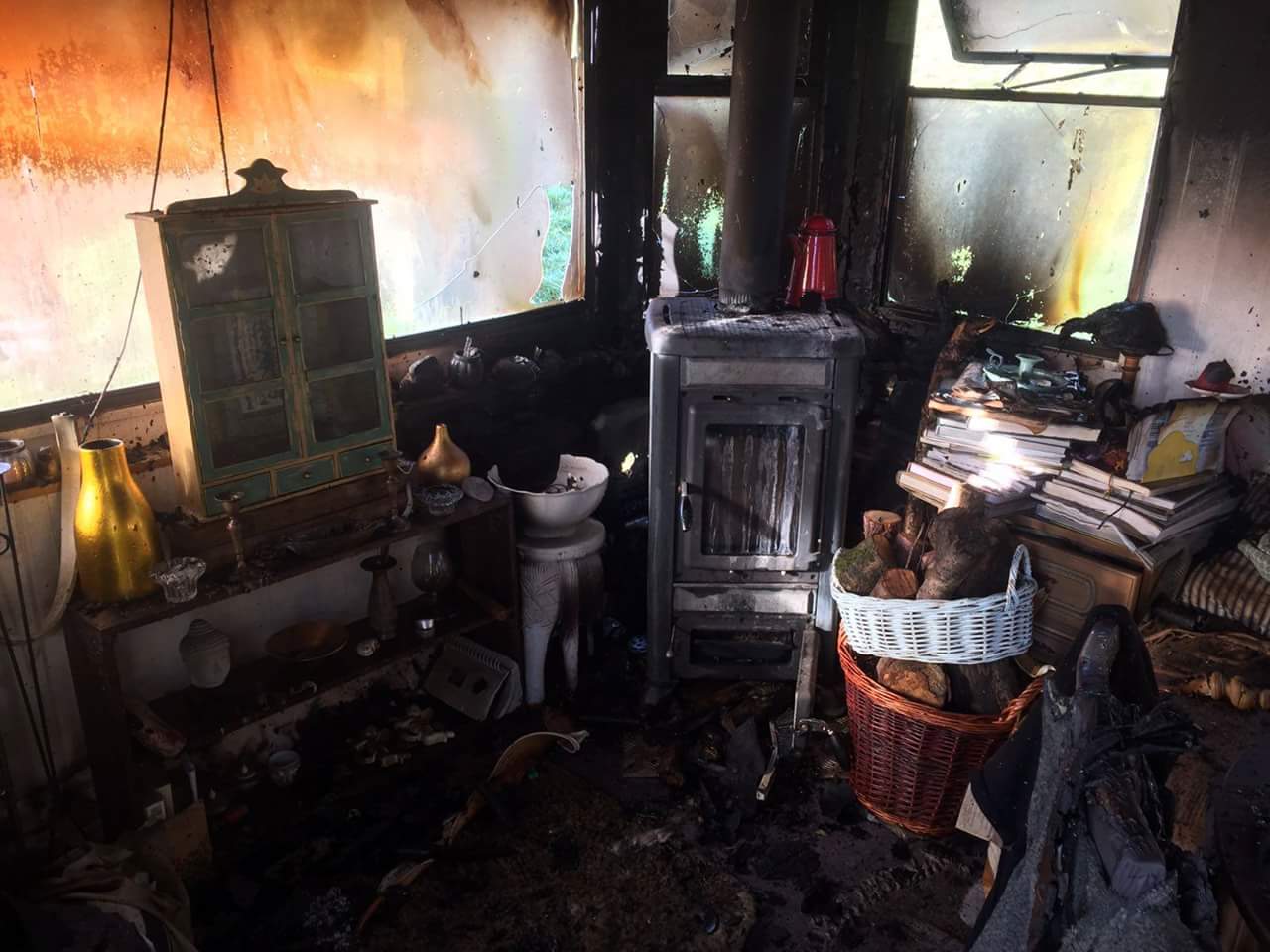 A spokesperson for Totnes Fire Station said:
“On arrival crews were told that a neighbour had heard the fire alarm sounding and after alerting us had used a garden hose to help fight the fire.

“Crews used two breathing aperatus, one hose reel jet, a thermal camera and small tools to put the fire out, check for hot areas and remove burnt and burning objects including parts of the structure. This may seem over the top but is to ensure that the fire is not still smouldering anywhere and likely to start up again after the fire service has left.

“This particular incident is believed to have been caused by the wood burning stove’s rear plate radiating heat over a long period of time.

“Unfortunately at this incident there were two casualties and the residents cats sadly passed away. We would all like to pass on our sincere condolences to the occupant.

“Please remember everybody, when a domestic fire alarm is sounding it is usually for a reason and should be investigated and the fire service called if needed as soon as possible,”