Emergency services were called to reports of a collision on South at approximately 8.30 pm.

Police, ambulance and fire crews attended the scene of the single vehicle collision which involved a pit bike.

The road was closed from East Street and Vansittart Road.

Two men, both aged in their 30s, were taken to hospital with life-threatening injuries.

An air ambulance landed nearby at Torre Abbey. 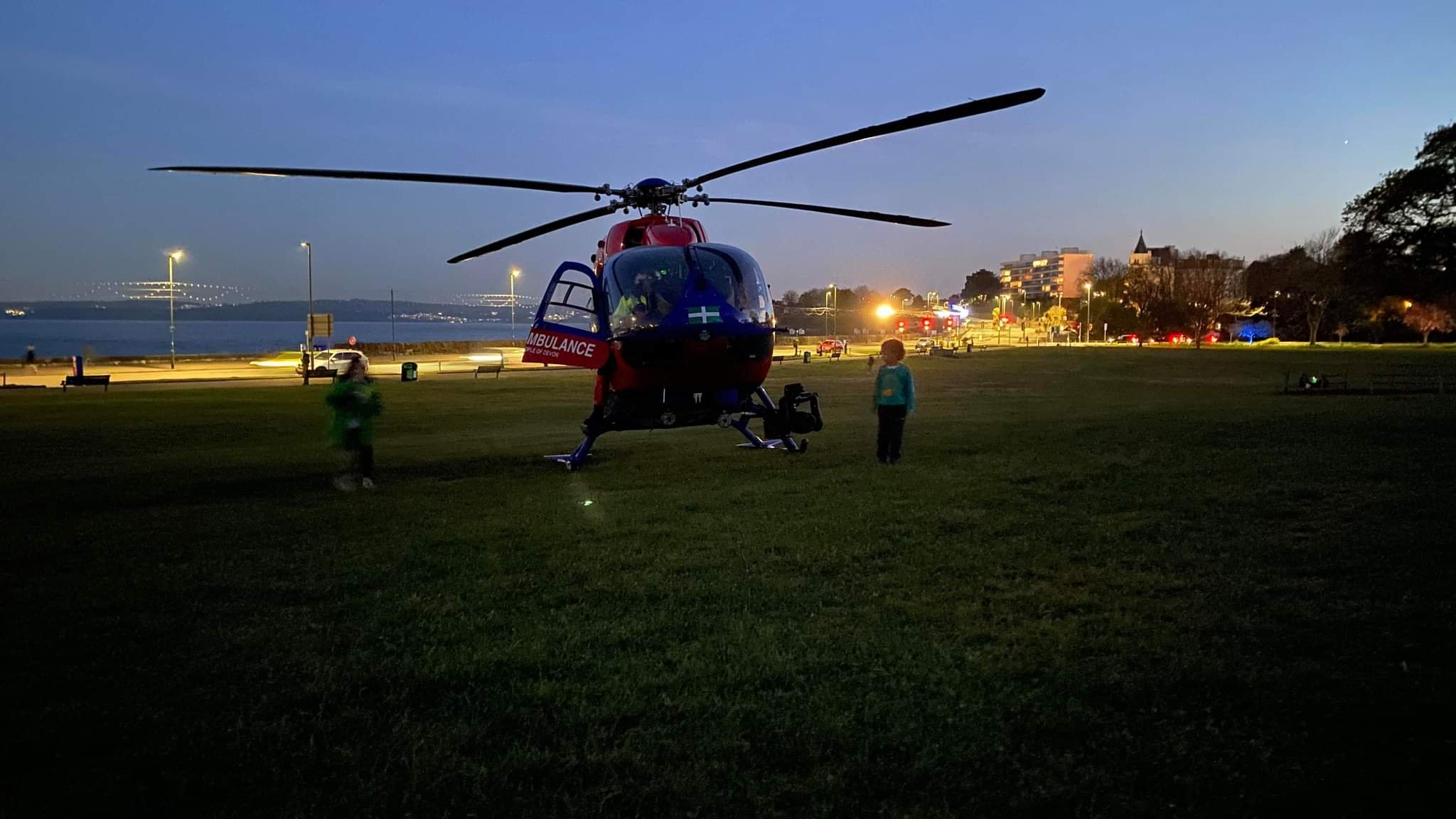 Officers from the specialist Roads Policing Team attended the scene along with forensic collision investigators.

The road was closed for a number of hours while a specialist examination of the scene took place.

At around 8.30pm on Monday 26 April, police were advised of a single-vehicle road traffic collision in South Street, Torquay, involving a 124cc Stomp pit bike.