A diver was taken to hospital after getting into difficulty off Berry Head this afternoon, 16th September.

The man had been diving with friends. 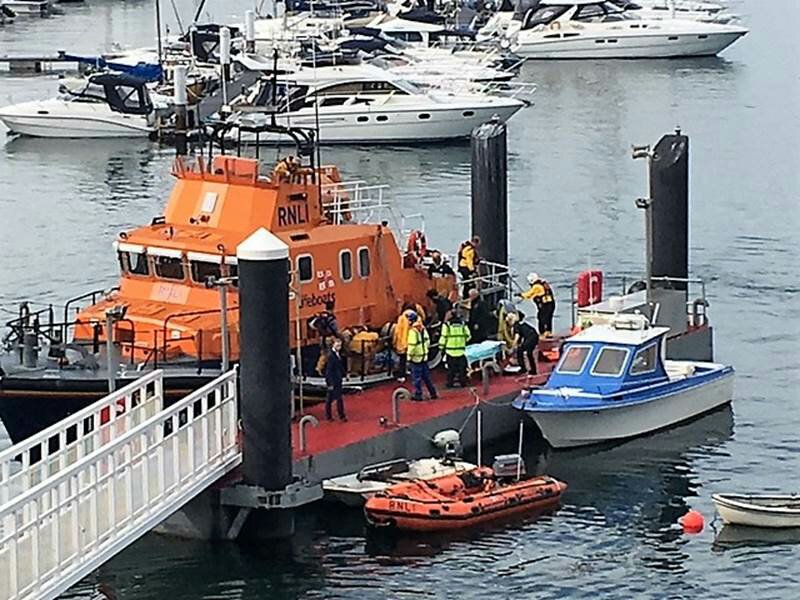 “The volunteer inshore lifeboat crew were tasked first at around 1.30pm and were quickly on scene, then requesting that the all-weather lifeboat should also attend at around 1.45pm to assist.

“The casualty, who had been diving with friends off Berry Head, was recovered to the shoreline below the Berry Head Hotel and, on arrival of the all-weather lifeboat, was placed into a basket stretcher and transported to RNLI Torbay lifeboat station slipway. Other agencies on scene at Berry Head shoreline included an ambulance service First Responder, HM Coastguard, two Helimed units and Coastguard Helicopter R187.

“On arrival at the lifeboat slipway, the casualty was quickly transferred to a waiting land ambulance for onward transmission to Torbay Hospital. Devon & Cornwall Police were also in attendance,”