An Exeter based veterinary practice has confirmed that a dog has died after it contracted Alabama Rot.

Alabama rot otherwise known as cutaneous and renal glomerular vasculopathy (CRGV) is an often fatal condition in dogs. Symptoms include skin lesions, sore skin and kidney failure. Alabama Rot is fatal in 9 out of 10 cases.

“We are saddened to announce that we have had a confirmed case of Alabama Rot. Bella, a two year old Labrador died despite intensive treatment. Bella’s owners have kindly agreed to share this information to make local dog owners aware. Bella was almost exclusively walked along Clapperbrook Lane, by the canal in Alphington in the two weeks prior to her contracting the disease.
Alabama Rot or CRGV (Cutaneous and Renal Glomerular Vasculopathy) is fatal in 90% of cases. Alabama Rot often manifests as skin lesions, most commonly on feet, legs or muzzle. The disease process can go on to affect the kidneys and cause kidney failure with a high probability of fatality. The disease affects all breeds, age and weight dogs.
We still don’t know what causes Alabama Rot. 90% of confirmed cases have been during Winter and Spring. The majority of affected dogs have been walked in woodland, an environmental trigger is strongly suspected but has not been confirmed. Washing any area of your dog which becomes wet or muddy after a walk is a sensible precaution but it is unknown if this is necessary or of any benefit.
If you suspect Alabama Rot contact us immediately,” 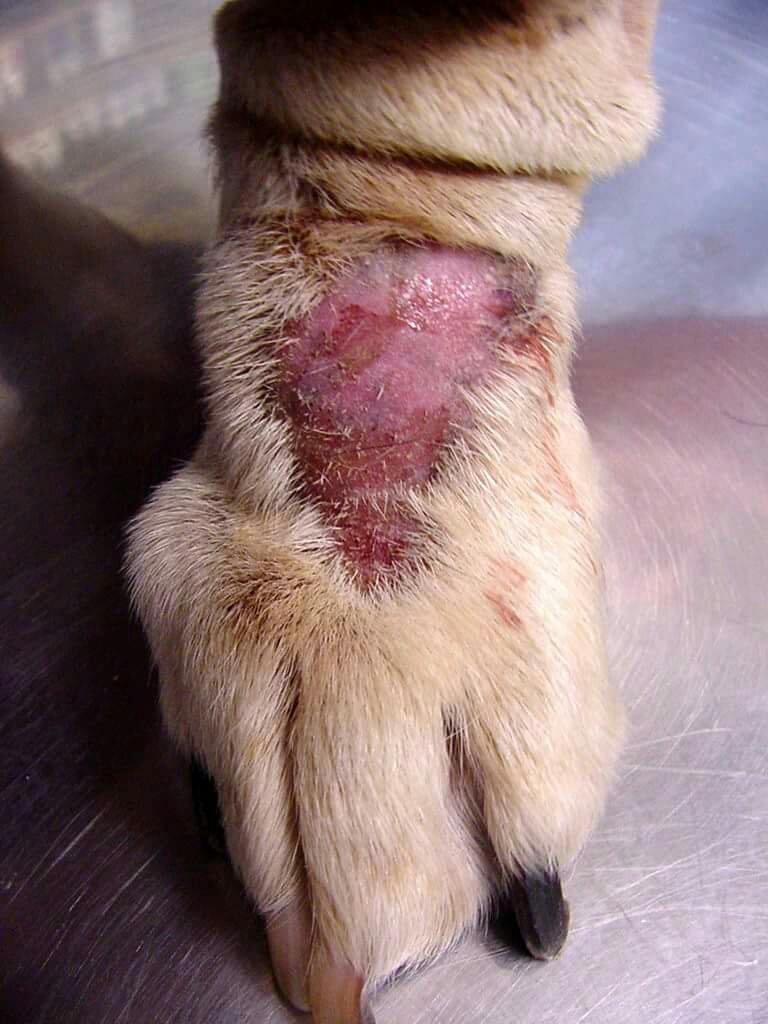 There was also a confirmed case in Torbay in November 2017.

This map shows confirmed cases in the UK and how to spot the signs of Alabama Rot: http://www.vets4pets.com/stop-alabama-rot/