More than 540 walkers stepped forward at the weekend to raise a staggering £75,000 for Rowcroft Hospice. The charity’s much-loved fundraising walk ‘The Male Trail’ started at Torquay Rugby Club on Saturday 12 March with participants walking eight miles around Torbay to raise funds to care for local patients.

Walkers then returned to the club for a beer and a pasty while watching The Six Nations Rugby on a large screen in the marquee.

This year’s Male Trail also saw the charity celebrating its 40th anniversary and the four decades of care that Rowcroft has provided to the community since it first opened its doors to patients in 1982.

Rowcroft’s Events Manager Alexia Croft said: “We’d like to say a huge thank you to each and every one of our amazing walkers who helped to make this year’s Male Trail such a success. It was a fantastic opportunity to celebrate the hospice’s 40th birthday and the incredible care that the nurses and care teams have delivered to tens of thousands of people over the last four decades. And we’re over the moon to have raised more than £75,000 to care for patients with life-limiting illnesses in our community. We’d also like thank Torquay Rugby Club for hosting the event as well as our fabulous sponsors WBW Solicitors, BIG ANT and Bays Brewery for supporting The Male Trail again this year.” 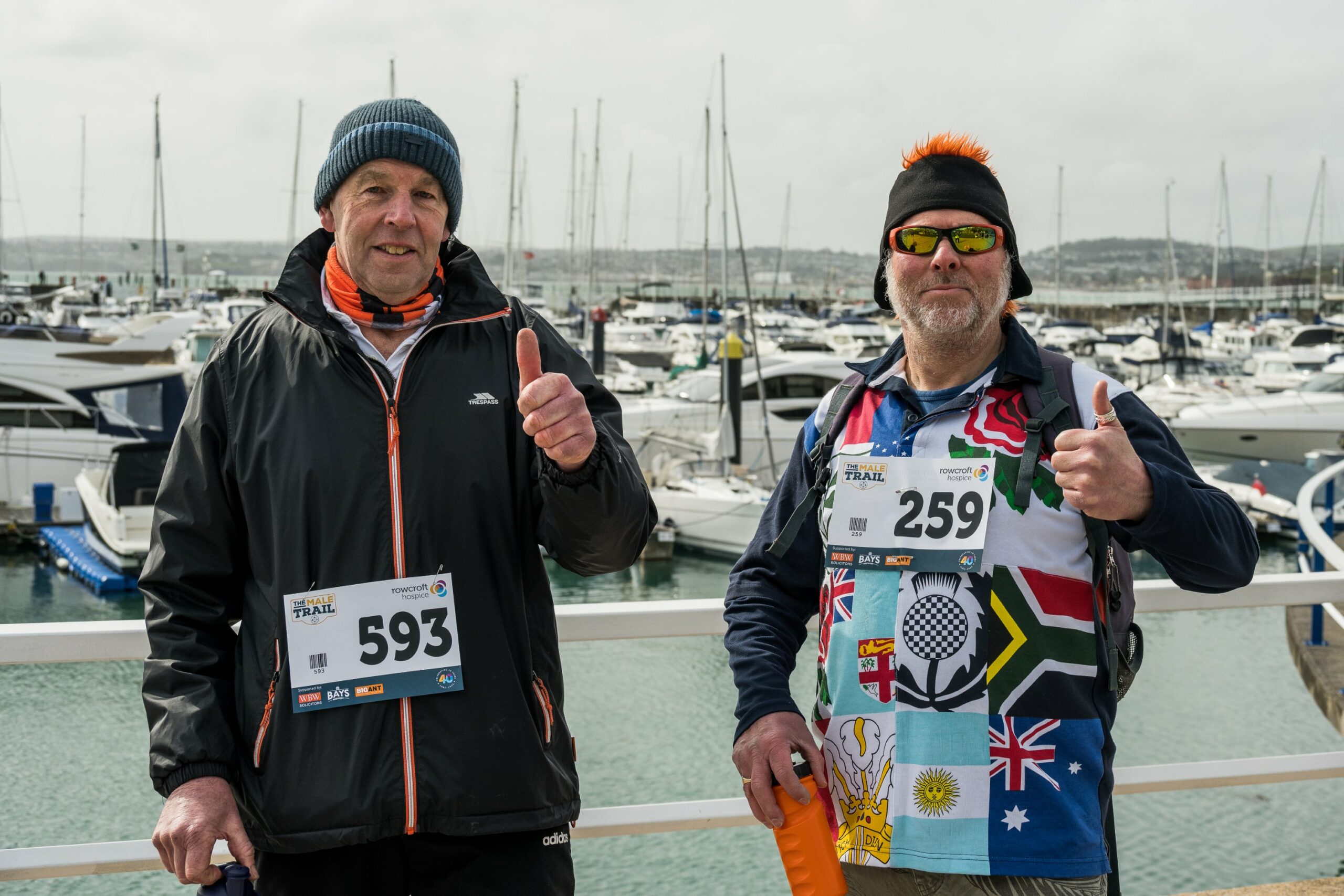 Many of the participants took part in the event in memory of someone they love and miss. Pete Hobbs from Paignton took part to honour his friends who were cared for by the hospice. He said: “I do The Male Trail every year in memory of three of my friends Ricky Knight, Mike Hutchins and Gina Peach who all sadly passed away due to cancer and were looked after so well by Rowcroft Hospice.”

Terry Cockle, 73, from Teignmouth said: “I’m doing the walk in memory of my wife Christine Cockle who sadly passed away four years ago after being cared for by the wonderful Rowcroft Hospice. This is my first year taking part in the walk and I will continue to do so for as long as I can in her memory and to raise funds for the hospice.” 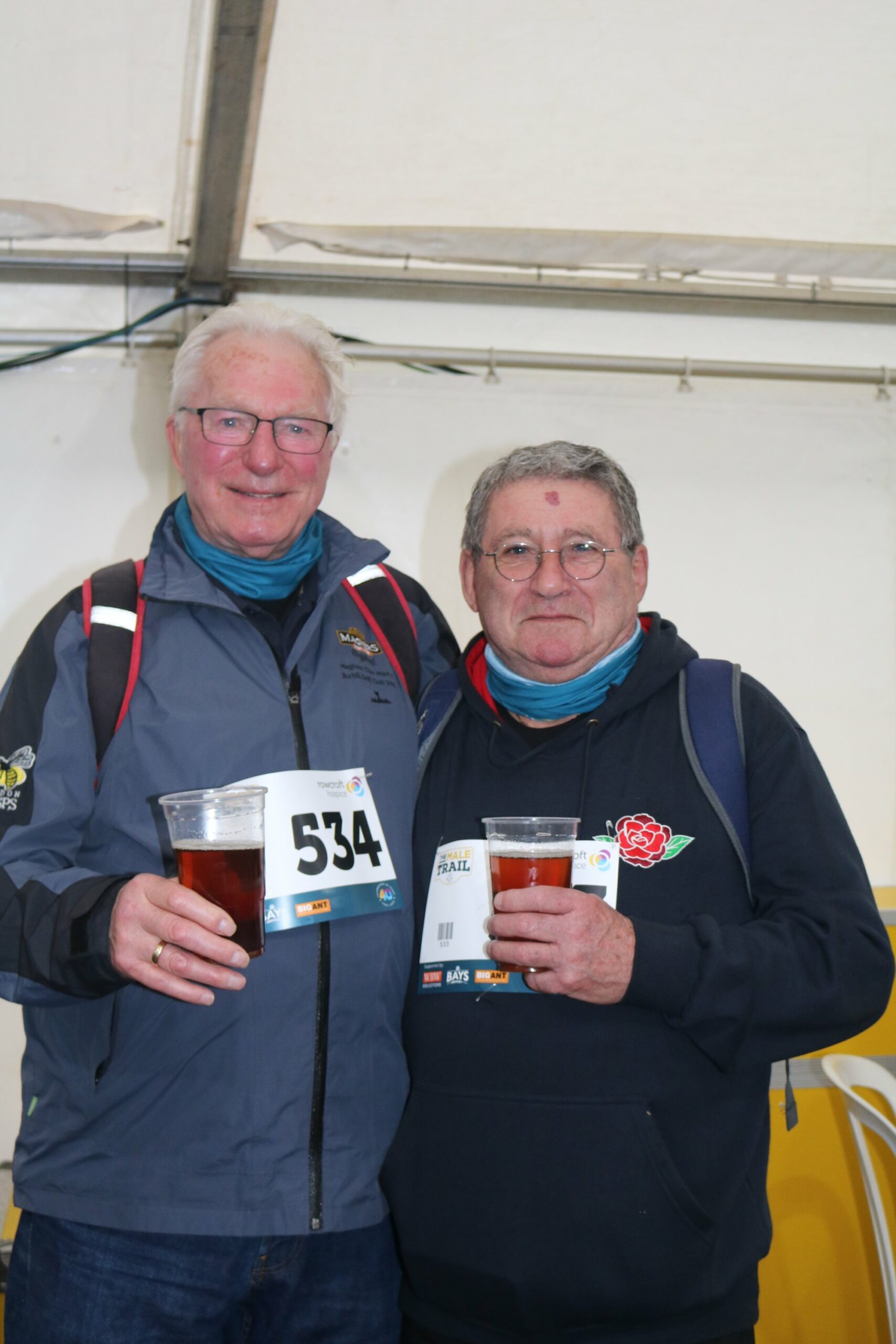 The Queens Arms pub in Brixham also entered a team. They said: “We’re doing The Male Trail walk in memory of very close friends and family (Eric Hubbard, Mark Hobday, Nan & Great Nan!). This is our third year taking part in the event; it’s such a great day and for a great cause!”

Money raised from The Male Trail will be used to fund Rowcroft’s specialist care and support. Rowcroft’s services are provided free of charge to adult patients in its Inpatient Unit in Torquay and in people’s own homes across 300 square miles of South Devon, from Dartmouth to Dawlish and up onto Dartmoor. Each year the charity cares for over 2,000 patients and their loved ones, helping people to make every day the best day possible and enabling families to share precious moments together.