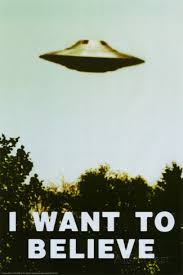 “Police would not attend an incident for the report of paranormal activity. An officer will however attend if there is concern for welfare for either the caller or another individual or where there is reason to believe an offence may have occurred.” Devon and Cornwall Police

“I Want to Believe” is a catchphrase associated with the paranormal. It comes from a poster on the cult sci-fi TV series ‘The X-Files’ (1993-2002) and came to represent believers in UFOs and supernatural phenomena. 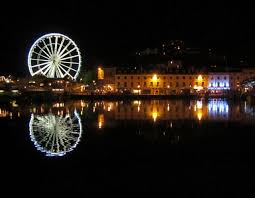 It looks as if many of us do want to believe and there may be something about Torquay which makes us more open to the uncanny and unusual. England itself is a haunted country and we’re unique in Europe – being bordered by Celtic nations we have absorbed some of their beliefs. Our supernatural tradition is further rooted in Germanic and Nordic superstitions and we are obsessed by the past. Adding to these old stories and folk tales are more modern layers of occult explorations in our town.

Right from Torquay’s beginnings at the turn of the nineteenth century we were always the end of the line – a place to run to, retire, retreat and think. By the late nineteenth century we were the richest town in England, hoisting a bourgeoisie with plenty of time and money to explore inner spaces. We attracted the eccentric, the loners, the outsiders, artists and occultists. Perhaps even the landscape influences how we think. Torquay is a place of sheer limestone cliffs and red sandstone outcrops, featuring concealing valleys we call coombes – Hele, for example, even means ‘hidden place’. It may, therefore, not be entirely coincidental that the single most important occultist of the nineteenth century, Edward Bulwer-Lytton (1803-1873), (pictured left) and that notorious magician of the twentieth century Aleister Crowley (1875-1947) (pictured right) both made their homes in Torquay. We accordingly acquired a reputation for being a centre for occult and supernatural ideas. Looking at recent reports on odd activity, it appears as if we can still claim an affinity with the uncanny 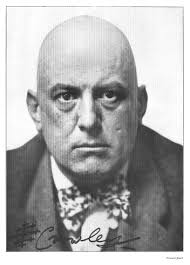 Significantly, Torquay has the highest rate of ghost sightings in the entire country. In 2015 the property company Rightmove surveyed over 30,000 people asking which were the places where residents were most likely to spot a ghost or UFO. Torquay came out top as the ghost-sighting capital, where over a quarter of us say we have seen a ghost, compared to the national average of 17%. Abiola Oni, Research Manager at Rightmove, said, “We created the Alternative Census as we wanted to find out more about the unusual goings on in local neighbourhoods, alongside the more typical things you might be interested in before moving there. Good transport links and high achieving schools are often the first things people think about, but in the Alternative Census we were able to get an entirely new perspective about the towns and cities people call home.” Here’s the national ranking: 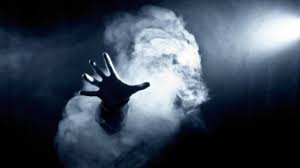 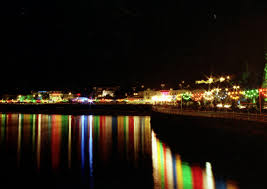 There are, of course, more varieties of supernatural activity than the traditional ghost. In 2014 the Strain Report into the paranormal looked at a hundred years of experiences. The most seen of the unseen were classified as follows:

Oddly, Devon was revealed to be a ‘hotspot’ for vampire sightings with, over the last century, nine cases of vampire infestation having occurred in our county – only Yorkshire, Lancashire and Essex having more sightings. A total of 211 cases were reported across Britain, some resulting in police investigations. 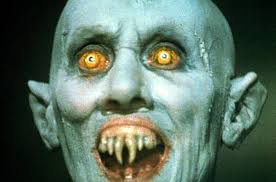 Paranormal expert Lionel Fanthorpe (pictured right) described the findings, “These reported sightings and other types of witnesses’ experiences go back over a century. Our research has suggested that the UK harbours more vampires than Transylvania. Certain areas may be referred to as ‘horror hotspots’. “

On the other hand, we have fewer UFO sightings. Data on unusual aerial sightings was made available in the log of Unidentified Flying Object sightings released by the National Archives covering the years from 1997 to 2009. It contains 4,400 pages and reveals 10 logged sightings in the Torbay area. Notably, some years have an upsurge in sightings. For instance, the UFO Desk received more than 600 UFO sightings and reports in 2009, treble the amount of the previous year. The files also contained briefings about possible reasons for the surge of UFO incidents – one being the release of Chinese lanterns at weddings and public holidays. Here are some of the Torquay sightings: 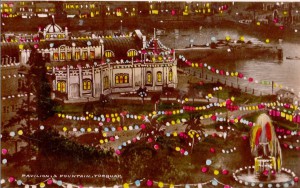 31 May 1997 22:55 Barton. A ball of white light slowly moving across the sky. Through binoculars, there was a white globe of light
11 September 1999 22:15 Livermead. One large, cigar shaped object. Luminescent green and very bright. The object sort of glided along
21 October 2001 18:15 Torbay The object was larger than Venus but smaller than the moon. Was very white. Was wiggling from side to side.
02 December 2001 18:15 Torquay. One object the size of a small room. Was spinning on its own axis.
20 August 2006 Torquay. Lights were seen.
28 March 2009 08:45 Barton. A group of very bright orange objects heading NW to SE at a consistent speed and low altitude. There was a group of 15 followed by groups of 2-3 and 3-4 over a five minute period. 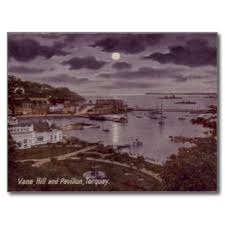 We’re certainly not done with the supernatural. Figures released by 17 police forces in England and Wales showed 277 requests via the 999 number because of “extra-terrestrial” or “paranormal” activity between 2010 and 2013. During the same period, Devon and Cornwall police were called to 30 reports of paranormal activity. These calls included two from Torquay with people claiming they were possessed and stalked by ghosts or demons; a woman from Newton Abbot who claimed witches were putting rubbish in her garden; a red light next to the moon in Ashburton; and claims of witchcraft in Dartmouth. In Exeter a woman claimed she was “being terrorised by witchcraft”; while in Exmouth police attended a man who stated, “There were three children who wanted coffee but the ghosts wouldn’t make it for them.” 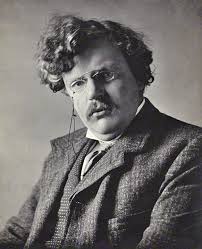 The enthusiastic Christian writer GK Chesterton (pictured left) wrote, “When men choose not to believe in God, they do not thereafter believe in nothing, they then become capable of believing in anything”. He meant this as an insult and a rebuke to atheists. Yet, many have reinterpreted this statement to mean that those who abandon a blind faith in orthodox religion can open themselves up to more possibilities, some of which may be worth further attention.

So, while many of the peculiar experiences described here can be put down to mistakes, fraud or the symptoms of mental illness, other occurrences are less easily explained away. In some instances, therefore, perhaps we can misquote the Clash, “You know what they said? Well, some of it was true.”