It has been confirmed by Torbay council today, 20th October that Watcombe beach car park is to close.

The closure is due to anti-social behaviour say the council. There has been no consultation in relation to the closure.

There had been outrage on social media after photo’s were posted of a sign at the car park saying it would be closed permanently. 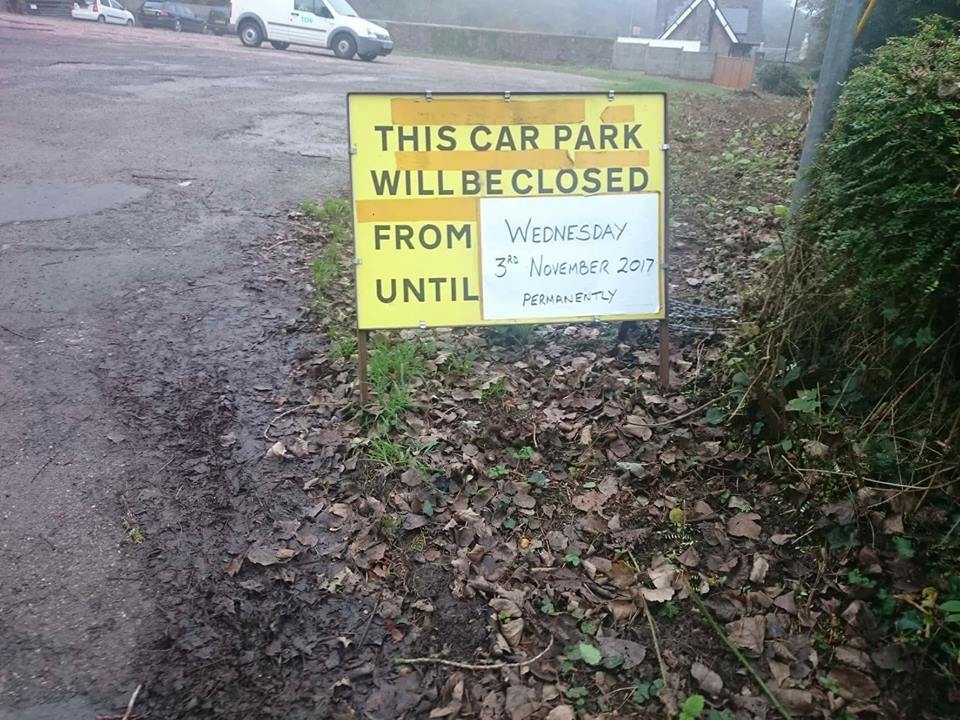 There has been some confusion over the date of the permanent closure as the sign reads ‘Wednesday 3rd November 2017″ Wednesday is infact the 1st November. It is thought but not confirmed that the car park will close on the 1st of the month.

Torbay council posted on their website today:
“Reports of anti-social behaviour at this location have been notified to the Council.  Therefore the closure of this car park will take place in November.  The land has been declared surplus to requirements by the Council’s parking service and the future use of the site will now be considered by the Council’s Strategic Land Task Group,”

“With the help of Cllr Raymond Hill finally got an answer out of the council when he managed to get hold of someone in the parking team at the council. Despite no consultation and not bothering to tell local councillors about the plan it appears the council is genuinely planning to close the car park (Although the mosque rumour is nonsense) on 1st November (The person admitted to ray they had got the date wrong on signs). The reason is “anti-social behaviour”. I cannot see how a permanent closure can be justified on this basis as other means, such as an overnight closure during winter months, could be used to tackle any genuine issues. Ray will be demanding the closure is canned and a genuine consultation is carried out,”