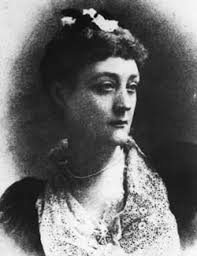 “Tis naughty and it is not nice. Why does she dream such things?
Why link bad women and bad men with all the wedding rings?
Oh! authors always sketch from Life, they never colour!’ No?
What very nasty people Mrs Campbell-Praed must know!”
‘The Dawn’, 15 May 1888

Torquay resident Rosa Campbell Praed has been described as the first Australian novelist to achieve a significant international reputation.

Born in 1851 Rosa was brought up on cattle stations in Australia’s Burnett River district until the age of seven (pictured right). Then the family “moved following the massacre by Aborigines of the Fraser family at Hornet Bank station and the retaliatory massacre of Aborigines by whites”. 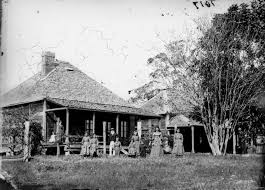 In 1876, after the failure of their cattle station, the Praed family moved to England where in 1880 Rosa published her first book, ‘An Australian Heroine’. It was well received and established her as an author. Rosa never lost her interest in her origins and a large number of her novels were based on her Australian experiences. Indeed, her writing was described as “extraordinary” at the time as she included Aboriginal people as characters while “eloquently pleading their case for justice and dignity”. She wrote, “There has been no-one to write the Blacks’ epic: not many have said words in their defence; and this is but a poor little plea I lay down for my old friends.”

In London the Praeds threw themselves into social activities which took them into literary, dramatic and artistic circles. They socialized with celebrities such as Oscar Wilde, Conan Doyle, Rudyard Kipling and Bram Stoker. During her long career Rosa wrote over 50 books, had a play performed in the West End, and was accepted as one of the leading Australian writers of her day. Virtually all of her novels are romances.

However, they often focus on the difficult choices women are forced to make in courtship and marriage.

Accordingly, some critics have defined them not so much as romances but as anti-romances with a recurrent theme being of an older woman trapped in a loveless marriage. Not surprisingly there were critics who were less than appreciative of this undercurrent of cynicism – a “weird melancholy” – or of what was seen as the sexual explicitness of some of her work. 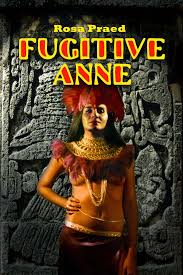 During the 1880s Rosa’s work began to change. In 1878 the Theosophical Society had founded its London branch. She had, since childhood, been interested in spiritualism and she began to attend and host Theosophical Society meetings. She came to know and correspond with the theosophists H.S. Olcott, Madame Blavatsky and Annie Besant. Occult themes then began to emerge in her work – she believed that the physical world was only a fraction of the reality available and that we have a duty to cultivate our wider perception. She made extensive notes of conversations with supernatural entities and her novels started to feature theosophical ideas and include mesmerism, telepathy, duel personality, and the recurring concept of spiritual or “moral vampires.” 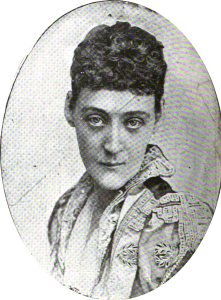 This fascination with the occult was reinforced when, towards the end of the 1890s, Rosa met Nancy Harward. Rosa (pictured right) and Nancy – an Anglo-Indian medium and a devotee of astrology – began to live together in 1899. Predictably, historians have long debated the nature of this relationship and have linked Rosa’s writing themes with her sexuality. 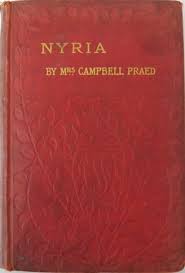 Rosa and Nancy moved to Torquay in the early 1920s and lived quietly until Nancy’s death in 1927. While living here Rosa wrote one of her most interesting books. The stimulus of the novel, according to Rosa’s account, was the chance discovery that Nancy could be induced to assume the personality of a former incarnation. She wrote of how she met her companion in 1899. “This is how I made the acquaintance of Nyria, slave attendant upon Julia the daughter of Titus, emperor of Rome, 79-81AD”. In a hypnotic trance Nancy would describe scenes and events of this past life which Rosa wrote down. Nancy’s death pushed Rosa on to complete the 20-year project of writing a full account of these mediumistic conversations. This was published in 1931 as ’The Soul of Nyria: The Memory of a Past Life in Ancient Rome’ – Rosa was then 80 years of age. 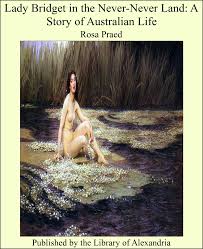 From its beginning, Rosa and Nancy’s relationship was linked to a belief in the spiritual world. When Nancy died Rosa consequently believed that, as Nancy was the current incarnation of the slave-girl Nyria, then she must be Nyria’s cherished Roman friend Valeria. If their relationship had existed in the past, it would continue – Rosa said that they had “twin souls”. To carry on their partnership after Nancy’s passing, Rosa communicated with her spirit through Hester Dowden, (pictured below right) the famous Irish spiritualist medium who claimed to also be able to contact the spirits of Oscar Wilde and Shakespeare. The touching transcriptions of Rosa’s and Nancy’s conversations through Hester Dowden remain as a testimony to this deeply-held belief. 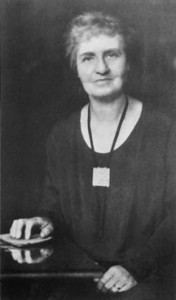 After the death of Nancy, Rosa’s final years in Torquay appear to be desperately lonely. For much of her life she had experienced persistent ill-health. She had a tiring heart condition, while lung complaints meant that from the 1880s onward she spent her winters on the Riviera, or in Algeria or Morocco. All her children except daughter Maud predeceased her and all died tragically: one was killed in a car accident in California; one was gored to death by a rhino in Africa; and a third committed suicide after developing terminal cancer. Maud survived her but had been committed to an asylum.

Rosa died in Torquay on 11 April 1935. So ended an extremely productive literary life, its final years committed to a relationship that went beyond death. Rosa is buried in an unmarked grave in London’s Kensal Green Cemetery.