Torbay Council is reminding dog owners that their canine pets are no longer allowed on ten of the Bay’s beaches.

Dogs are not allowed on the following beaches between 1 May and 30 September 2016:

However, dogs and their owners will still have access to the following beaches all year round:

Torbay Council welcomes responsible dog owners who help to keep the seafront safe and clean. They are being reminded to pick up after their dogs so they don’t cause a health risk to other beach users. The “Poop-Scoop” byelaw applies to all beach and promenade areas all year round and if it is ignored could lead to a prosecution and a fine.

For more information, and to report dog fouling, please visit the www.torbay.gov.uk/dogfouling with appropriate details such as when and where offences are being committed and a physical description of the offender and their dog. If the owner is using a car please make a note of the registration number. 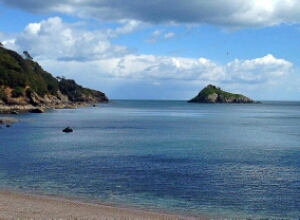