Emergency services were called to reports of a woman who had fallen on rocks in Torquay yesterday, Sunday, 6th May.

The woman had been walking with her dog when she fell on rocks near Peak Tor Cove.

Paramedics, Torbay Coastguard and Torbay RNLI attended the incident at around 5.15pm. 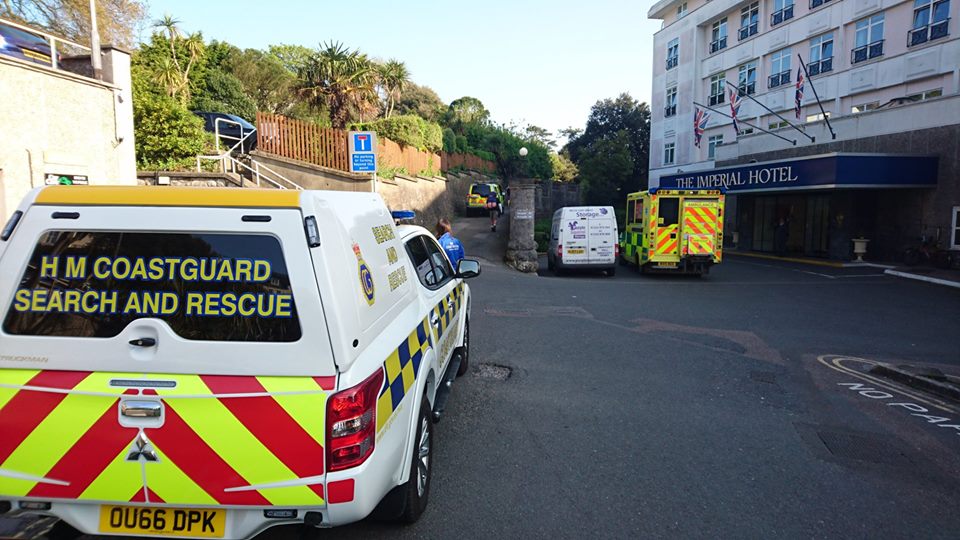 The woman was taken to Torbay harbour by Torbay RNLI inshore lifeboat and then transferred to an ambulance.

Torbay Coastguard said on their Facebook page:
“We were tasked by Maritime and Coastguard Agency to assist South Western Ambulance Service NHS Foundation Trust and HART with a medical evac of a woman who had fallen on the rocks near Peak Tor Cove, RNLI Torbay ILB was also tasked. The casualty was put into the ILB stretcher and was taken via boat to Torquay Harbour where team members helped transfer her in to an awaiting ambulance.

“In a coastal emergency whether on the beach, on a cliff, coastal path, in and around a harbour. Do not hesitate to dial 999 and ask for the Coastguard, we are highly trained in search techniques for this type of incident. Along with other disciplines that we train tirelessly at to complete rescue operations.”

An update posted on Facebook page Spotted Torquay by the woman’s daughter, thanked the children who helped her following the fall: “Hi guys, my mum and her dog had a bad fall today down the rocks at the beach behind the imperial hotel, there were some young boys and girls there that me and my mum would like to say thank you to. So thank your for your kindness and compassion today it was greatly appreciated in many ways. Your parents should be extremely proud of you. Also thank you to the paramedic services and coast guard team for all your help. From Tracy and Marley”