A woman has been arrested today, 16th July after police were called to Fore Street, Kingsbridge to reports of a woman on the ledge of a building.

Police were called to the incident at around 3.20pm. The fire service also attended to assist police.

A spokesperson for Kingsbridge Police said on their Facebook page:

“Officers attended and negotiated with the female who refused to come down and said she had a knife and made a threat to harm anyone who came close,

“Devon & Somerset Fire & Rescue Service were called and a hydraulic platform attended from Plympton. Officers went up and persuaded the female to come down. The road was closed for a short time in the interest of public safety.

“The female has been arrested for being in possession of a bladed article and for being a public nuisance. She remains in custody at Torquay Police Station,” 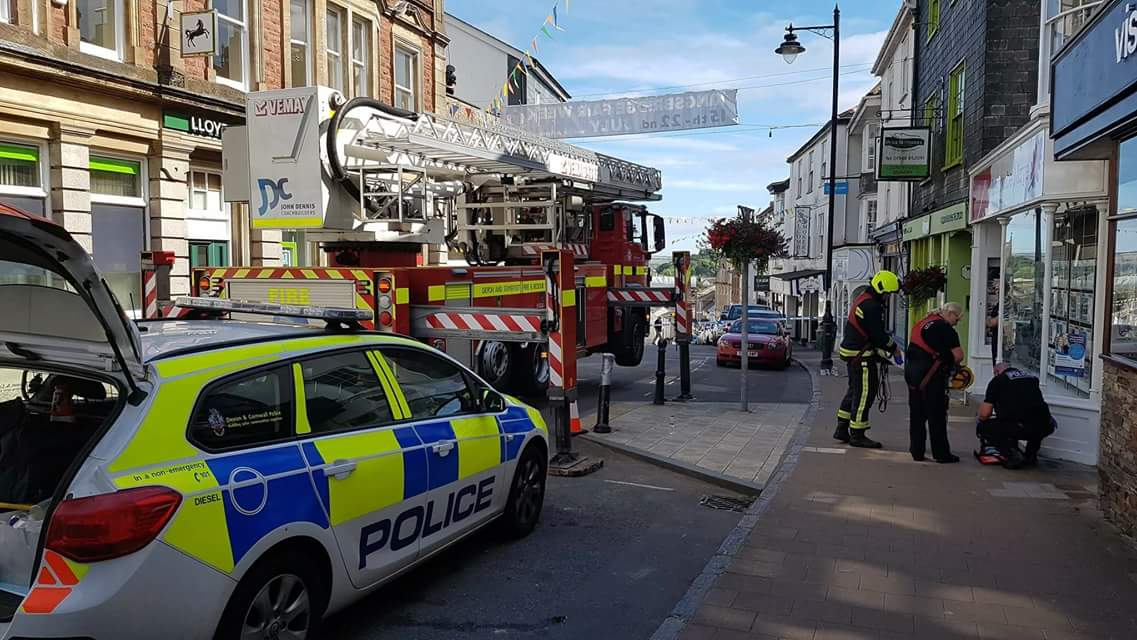