Update: Police are trying to trace the young woman’s family. Her death is not being treated as suspicious.

The body of a woman has been recovered from the sea off Torquay.

The coastguard helicopter from Portman, Dorset and local coastguard were involved in a search yesterday evening  (19th April).

The body of a young woman was recovered and transferred to a waiting ambulance. 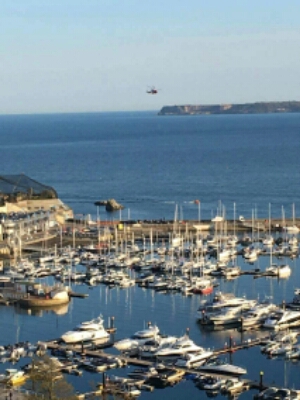 Coastguard helicopter and lifeboat at scene

It is believed the woman may have fell from rocks.

To be updated further as information becomes available.