Here in South Devon we’re proud to export our Devonshire ways to other places. For centuries we have disseminated the gems of our culture across the planet. Our mission is to enlighten and our message is one of peace and prosperity. And then sometimes it all gets a bit confused in the sending of that cultural good news.

It all began so well. In the 1890s the Benedictine monks at Buckfast Abbey created a tonic wine based on a traditional recipe from France, which is still manufactured using many of the same ingredients. It was sold in small quantities as a medicine using the slogan, “Three small glasses a day, for good health and lively blood”.

n 1927, the Abbey lost its licence to sell wine so the Abbot allowed wine merchants to distribute on behalf of the Abbey. The recipe was also changed from a patent medicine to a medicated wine. So far, so good… 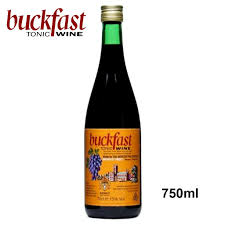 This is Buckfast Tonic Wine, caffeinated and fortified and now made under a licence granted by the monastery. It’s distributed by J. Chandler & Company in the UK and Richmond Marketing Ltd in Ireland. In March 2017 record sales of £43.2 million were reported.

While not seen too much in its South Devon home, it is exceedingly popular north of Hadrian’s Wall, particularly with the al fresco community of the ‘Buckfast/Buckie Triangle’ – an area east of Glasgow between Airdie, Coatbridge, and Cumbernauld.

This may be associated with Buckfast containing 15% alcohol in the 750 ml green-bottled UK version. This equates to roughly 11.25 units of alcohol. It also has caffeine content about equal to strong black tea (25mg/100ml) or eight cans of cola. 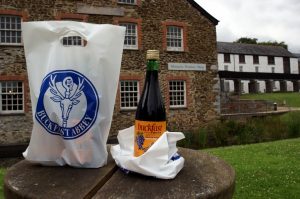 It’s suggested that mixing a depressant with a stimulant can remove inhibitions and self-control. So, despite the best intentions of its ecclesiastical founders, Buckfast is not a health drink – in a brilliant piece of understatement, a Scottish court pronounced drinking four bottles a day as, “not conducive to a long life”. A further challenge to individual and community wellbeing comes from the glass bottle itself which provides ‘four bottles a day’ aficionados with a handy and lethal weapon.

In January 2010, it was reported that Buckfast had been mentioned in 5,638 crime reports in the Strathclyde area between 2006 and 2009, an average of three per day. 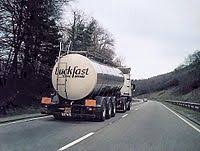 A Buckfast Wine tanker on the A38 heading North

In 2005, Scottish Justice Minister Cathy Jamieson proposed that Buckfast be withdrawn from sale – of course, sales went up – and Jack McConnell, First Minister of Scotland, stated that Buckfast had become, “a badge of pride amongst those who are involved in antisocial behaviour.

It’s worth pointing out, as they’re are fully prepared to take legal action, that the monks of Buckfast Abbey and their distribution partner deny that their product is harmful, saying that, “it is responsibly and legally enjoyed by the great majority of purchasers”. The Abbot of the Abbey has emphasised that the tonic wine his monastery produces, “is not made to be abused”, so that should help. 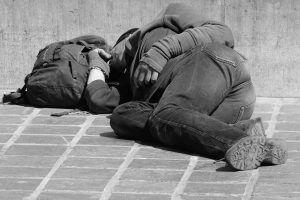 So that’s the story of one of South Devon’s greatest cultural exports. It’s now celebrated every day by our northern brethren. It’s a part of Scottish culture with nicknames such as: ‘Wreck the Hoose Juice’; ‘Commotion Lotion’; ‘Cumbernauld Rocket Fuel’; Mrs. Brown’; ‘Buckie Baracas’; ‘Coatbridge Table Wine’; and a bottle of, “what the f*** are you looking at?” It has further attracted the unofficial slogan of, “Buckfast: gets you f****** fast”. It’s best if you say the above out loud in a faux Glaswegian accent, but do be careful where you do this.

And here’s a tribute: