Emergency services were called to Meadfoot beach in Torquay this afternoon, Monday 25th May after a child fell around 15ft from a walkway to the beach below.

The child, reported to be 2, was taken to hospital for treatment. The extent of her injuries are not known but it is reported she was concious at the scene. 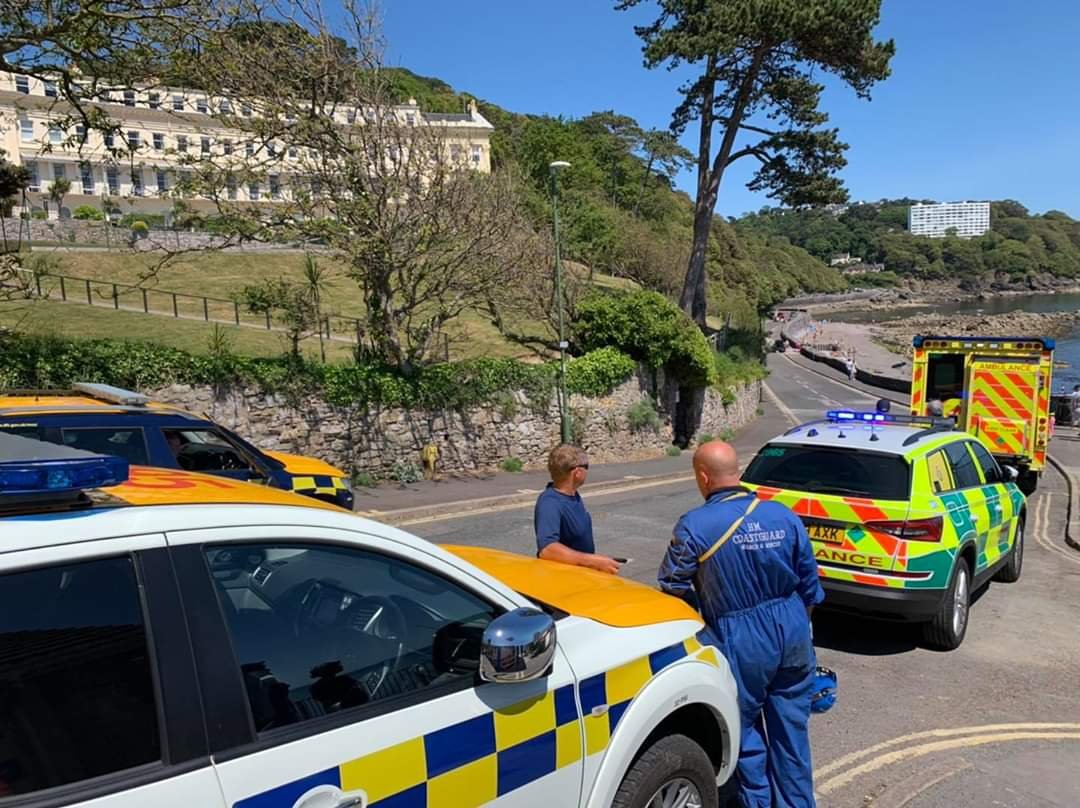 Torbay Coastguard posted on Facebook: “Full team page from Maritime and Coastguard Agency to a child that had fallen from height at Meadfoot beach, Torquay.

“On arrival South Western Ambulance Service NHS Foundation Trust and the Devon Air Ambulance Trust were seeing to the child.

“We assisted with transferring the child from the beach up to the ambulance where they travelled to hospital by land ambulance.”