Update: The animal has since been put to sleep https://wearesouthdevon.com/antelope-put-to-sleep-after-escaping-zoo/

An antelope that had escaped from Paignton Zoo has been captured after fleeing the Zoo this morning.

At 8.30am, a lechwe escaped from its enclosure at Paignton Zoo. It has been located and contained in a nearby garden (1/2)

Police including the helicopter and dog unit were called to the area this morning after the animal was spotted on a driveway.

Locals were told to remain inside which the large horned lechwe was on the loose.

The animal was tranquilised and taken back to the Zoo. 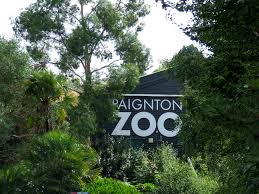