Police have launched a fresh appeal to help them identify a key witness to collision on Hyde Road in Paignton.

Emergency services were called to Hyde Road in Paignton to reports of a collision at 3.19pm on Saturday 2nd April, a Vauxhall Corsa mounted the pavement, colliding with a pedestrian.

The incident happened outside of The Big Baguette and local woman, Evelyn Fisher, 61 died as a result of the collision

Police have now released footage from the moments leading up to the collision in hope that a key witness makes themselves known to police. 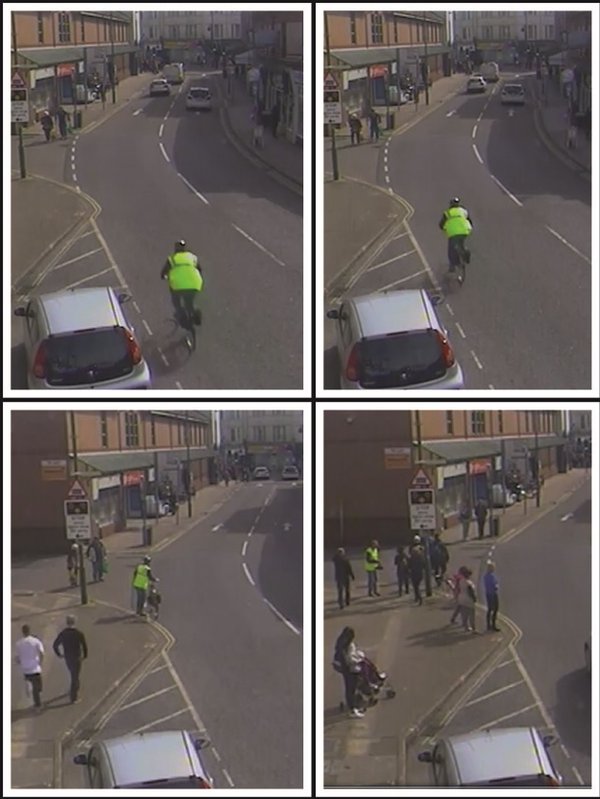 Sergeant Nick Bloomfield from the Roads Policing Unit, said: “We are keen to identify and to speak to the cyclist from the images we have released today.

“We believe this cyclist was a witness to the collision and he remained at the scene following, but we were unable to speak to him at the time as the area had to be evacuated due to a suspected gas leak. The cyclist left the area heading down Hyde Road and towards Torbay Road and Victoria Street at 3.28pm.

“The description of the cyclist is of a white man, middle aged with receding hairline. It is quite possible he has discussed what he saw to friends or colleagues, and there are also a number of other people who were at the scene prior and during the collision. If you are the cyclist or know who he is, or if you were in the area and have yet to speak to us, please make yourself known to the police.”

If you have any information that could help with the investigation, please contact police on 101@dc.police.uk quoting log number 467 for the 2nd of April.

An 88-year-old local man is currently assisting police with their enquiries in this matter.