Indian Production company EHEDT Films Ltd and London based, Flame Visuals, have been using parts of our beloved Berry Head National Nature Reserve as the stunning backdrop for a forthcoming ‘Bollywood’ blockbuster. Filming has taken place at various sites across the reserve during the last couple of weeks.

The film, whose working title is ‘Ek Hassena Thi Ek Diwanna Tha’, is due for international cinematic release in Spring/Summer 2017. The film’s producer is Hyperbee Media and is directed by Suneel Darshan. Up and coming actors Shiv Darshan, Upen Patel and Natasha star in this romantic love story which is a traditional Bollywood tale of boy meets girl, with a few heroes and villains along the way.

Filming has taken place at various locations across the UK including Restormel Castle in Cornwall, Dartmoor, Cardiff and York and of course our own Berry Head National Nature Reserve. 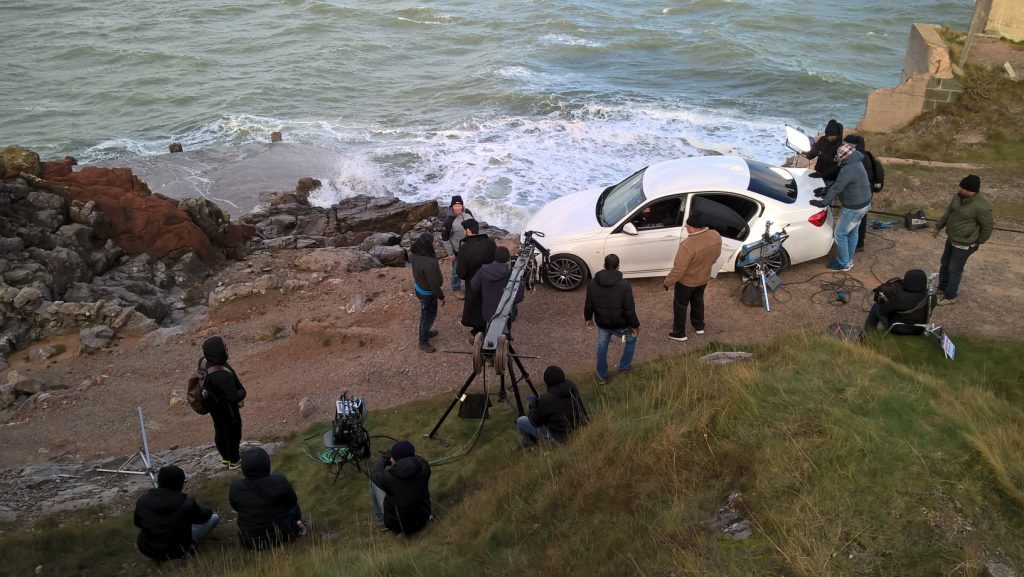 Sudipto Sarkar , EHEDT Line Producer said: “No Bollywood movie has ever been shot in the West Country before; it is an area that has not been explored by the Bollywood movie goer. The story demanded beautiful natural scenery including dramatic sea views and Devon and Cornwall could provide this.”

The filming took place over a 30 day period with 5 full days of filming at Berry Head.

Noel Hughes Countryside Officer on the reserve said: “It is a fantastic opportunity for the Torbay Coast and Countryside Trust to showcase the beauty of South Devon, especially here in Brixham, to an international audience. The inevitable benefits from such exposure can bring new visitors to our site and Torbay as a whole”.

“Productions such as these can pose problems for the delicate habitats at Berry Head NNR but working closely with EHEDT Film Company and their crew allowed us to ensure there was no impact to the site. The entire crew were a pleasure to work with and I look forward to seeing the National Nature Reserve in all its cinematic glory”.