Update: The fire service were alerted to the fire at 8:12am this morning, 5 appliances attended the fire. Further update to follow.

Emergency services are currently on the scene of a property fire in Preston.

Smoke can be seen from across the bay. 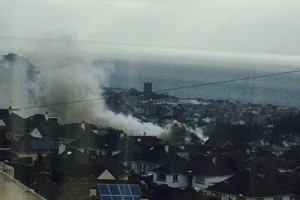 Smoke can be seen from around the bay

Fire crews are currently battling the blaze on Cecilia Road, using an aerial platform. A number of appliances are at the scene. 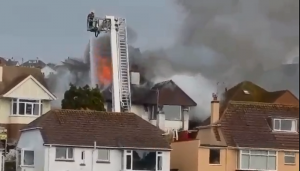 Fire crews are tackling the blaze

People near the scene said there were 4 fire engines at the scene.

The aerial platform can be seen in use here: