It would be pointless to write about the present features and workings of Cockington. We, as the inhabitants of Torbay, know Cockington acts as both a village and a tourist attraction to the approximately 3 million Torbay tourists annually.

What some people don’t know, even those who frequent Cockington on a regular basis, is the rich history behind it which would no doubt enhance the experience of even the most habitual visitor. For example that Anne Boleyn’s notorious sister Mary Boleyn resided at Cockington Court, with her husband Sir William Carey, grandson of Sir William Carey of Cockington, after she was ostracized from the Royal Court. It would certainly give any visitor a new sense of the importance and notoriety of the house, which is the centre of the quaint estate, if they knew it was home to a favourite of Henry VIII in Sir William, along with his mistress and sister-in-law in Mary Boleyn.

The earliest record of Cockington can be found in the Domesday Book commissioned by William the Conqueror and completed in 1086- in regards to Cockington it states ‘William of Falaise has a manor called Chochintona’- hence this reveals where ‘Cockington’ is derived from and it’s first owner.

Cockington has passed through many hands over the centuries and gone through families such as the Fitzmartins who gained the estate in approximately 1113, interestingly in 1130 Roger Fitzmartin changed his surname to ‘de Cockington’, suggesting a real pride of where he presided over.The estate was then passed onto Sir Walter of Wodeland, who was knighted by Edward III’s son (the Black Prince) in 1351. The Careys had the estate given to them by Henry VII and went on to sell it on in 1654 to the Mallocks for a princely sum of £10,300. The Mallock family kept the estate until 1932 where Richard Mallock sold most of the estate to the Cockington Trust; the Mallock family were the family who oversaw Cockington for the longest time, for 278 years in fact. 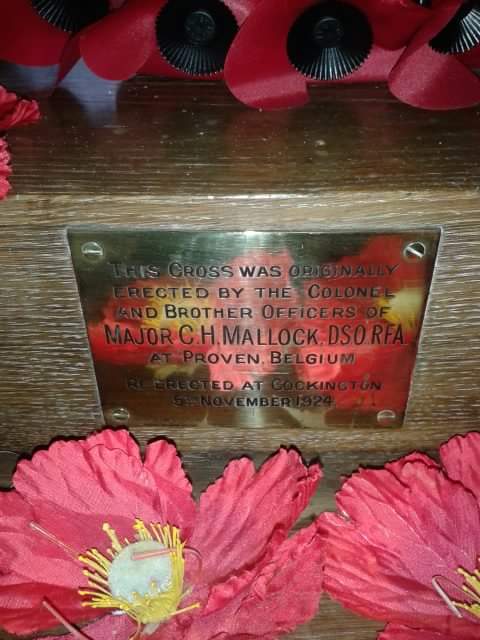 Indeed this is an eclectic mixture of owners in comparison to the singular body which owns the area now. Elements of each holder are present within both Cockington and Torquay itself, from the Cockington Water Mill erected by Roger de Cockington in 1293 to the Clocktower on Torquay Harbourside built in 1902 in memory of Richard Mallock, who died two years prior.

However it is not just the court which has great historical significance- the Cockington Forge located in the village has been traced back to the 14th century and was a working blacksmith until 1971. In addition the Cricket Pavilion and the area surrounding it had once been a medieval deer park, which at the time would have been a huge status symbol due to the expense and prestige of hunting and venison- once again this is a valuable thing to know as it is further demonstrating Cockington’s former prominance, plus it is a pleasing image to imagine deer bounding across the green in the peak of Cockington’s acclaim.

There have also been many notable figures that have enjoyed Cockington and all it has to offer such as Agatha Christie who spent much of her time at Cockington, due to her friendship with the Mallock family and participating in the amateur dramatics held there, in order to overcome her crippling shyness. She even dedicated her book ‘Why didn’t they ask Evans’ to Christopher Mallock in 1934 as a token of her gratitude and friendship. Plus in 1868 Queen Sophia of Holland paid a 13 day visit to Torquay and a later 11 day visit in 1870, where she visited Cockington. Quite Clearly she was fond of Cockington and the Bay. She was one of many royal visitors such as Princess Louise and the Marquis of Lorne in 1896 and the Princess Alexandra of Wales in 1886 who visited twice.

What you should take away with you from reading this small, regrettably brief, insight into Cockington’s rich history is that there is so much more than meets the eye to this humble village which was once, and still is, far more than just a tourist attraction. Just knowing the most miniscule amount of knowledge about the origins of the area considerably boosts the enjoyment you will get from your visit, it is worth finding out the fascinating history and this article most definitely isn’t enough.

There is much more to discover such as the hauntings of the court, the church dating back to the 11th century and the intricacies of the families that governed the picturesque location- asking staff at the court as well as purchasing some of the books available which provide a detailed account of all things Cockington will help this- Cockington Granary in particular have a great insight into the history of the beautiful and underrated attraction. Cockington is a beautiful place, with all the charm and rich history that makes Devon so special.