Simon Simmonds put his pedal-power to the test when he took part in one of the country’s most celebrated cycle races – and raised much-needed money for cancer research.

The Torquay Specsavers store director was among 30,000 riders starting the seventh edition of the 100-mile RideLondon annual race, which is a legacy of the 2012 Olympics.

Simon’s route followed that of the Olympic road race, and he raised £1,460 for Cancer Research UK, in memory of his late wife, Sophie.

There were donations by Specsavers colleagues who have known friends and colleagues affected by cancer, as well as money from generous customers.

Simon’s efforts are the latest of many fundraisers the Torquay and Willows Specsavers stores have undertaken for cancer research, raising more than £20,000. 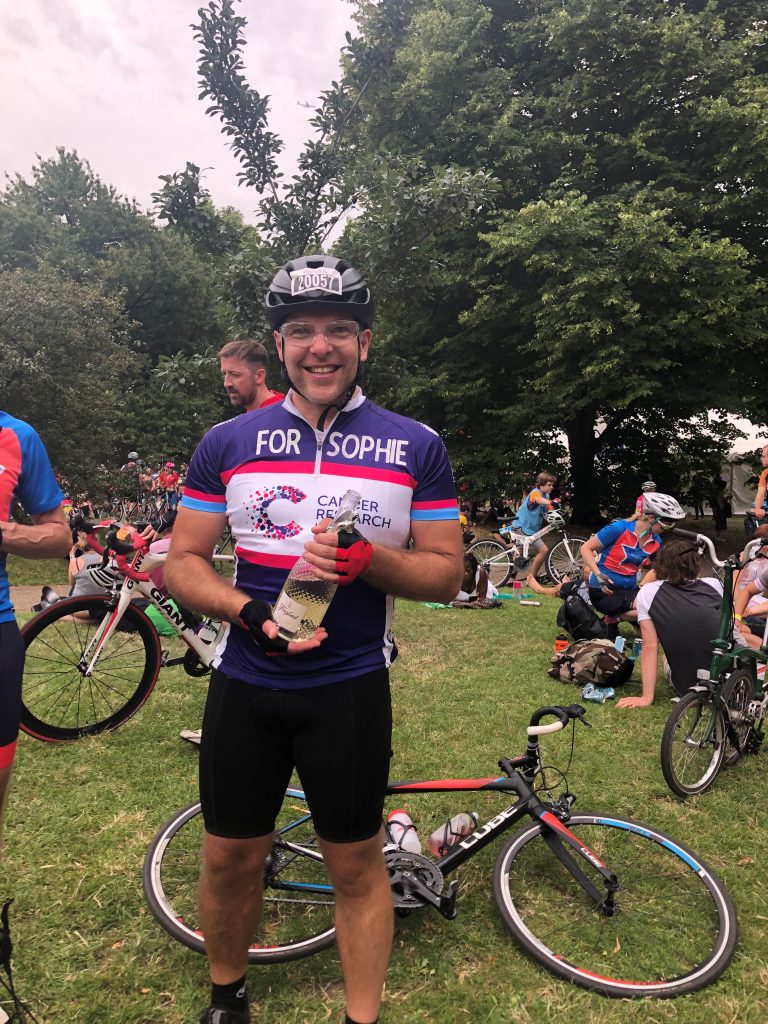 Simon said: “RideLondon is effectively the marathon of bike-riding. It is one of the biggest charity events in the world.

“I’m very proud to have completed the race and raised more money for such an important cause. My colleagues and I want to do what we can to help the cancer charities in their battle to find a cure.

“It was 28 degrees on the day, making it hard-going, but I completed the course in 6 hours 43 minutes, averaging 19mph, which is fast. I’m very pleased.

“I saw some bad crashes, with many riders needing ambulance attendance, so it was very competitive, but thrilling as well. I would definitely do it again.”

In recent years Simon and his staff have also been sponsored in the Torbay Half Marathon, February plunges into the icy waters off Torquay, and had fundraising events in the store.