If you have ever been to the Torquay Argos store you might remember seeing Charles. As well as being a store assistant, Charles was also the Torquay Charity rep, helping the store to raise thousands of pounds each year for the Argos nominated charity.

He abseiled for Macmillan, and Braved the Shave too, giving up his mop of red hair for generous donations. He often went to work in fancy dress; as a pirate, a Pokémon, and one day even in a grass skirt. All with a mind to cheer people up and encourage them to support the charity. 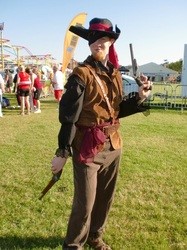 His enthusiasm for the community was shown in other areas of his life too. For many years he volunteered at Paignton Swimming Club at Clennon Valley, qualifying as an assistant swimming teacher. And when he wasn’t there, he might be found volunteering at Brixham Battery museum or perhaps dressed as a pirate at Brixham Harbour, with South Devon Players.

Sadly in 2017, Charles developed an aggressive form of leukaemia, with a very low chance of survival. But following a stem cell transplant, he recovered enough to return to work and resumed his role promoting charity work and volunteering across the bay. He had three more glorious years before the leukaemia returned and this time it was incurable. 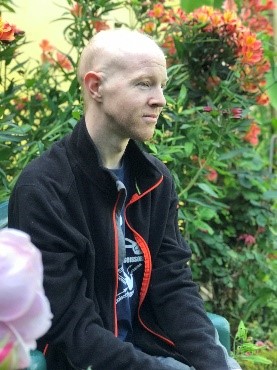 Sadly, Charles died on November 8th last year. Due to lockdown, it was not possible to hold a Wake at that time.

However, this last Saturday we held a fund-raising Wake in his honour, at the Palace Theatre, Paignton. 30 people gathered to watch the film Joseph and his Amazing Technicoloured Dreamcoat, a musical Charles loved.

More people joined us later for a buffet and a quiz, commemorating the life Charles had the lead and reflecting on his many wonderful successes. Everyone who attended donated to Cancer research, via our Just Giving page. Such was Charles’s impact on those who met him that we have so far raised £2420, exceeding our target.

If you remember Charles or have been affected by cancer in any way, you can donate too, here
https://www.justgiving.com/fundraising/charles-mckeating 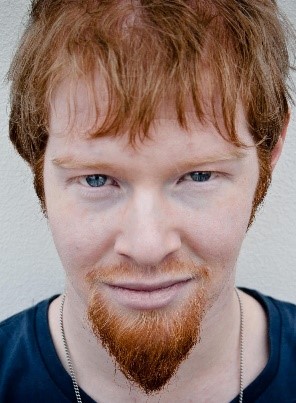