A large hole has appeared on the path of a main route in Torquay this afternoon, Wednesday 21st March.

The area has been cordoned off on Torbay Road outside Livermead House Hotel.

Posting an update on Facebook, Torbay Council said: “Torbay Road outside the Livermead House Hotel. A large hole has appeared in the foot way/carriage way. Expect traffic delays due to a 75 metre lane closure and temporary traffic lights. They will remain in place for sometime while emergency works are completed,” 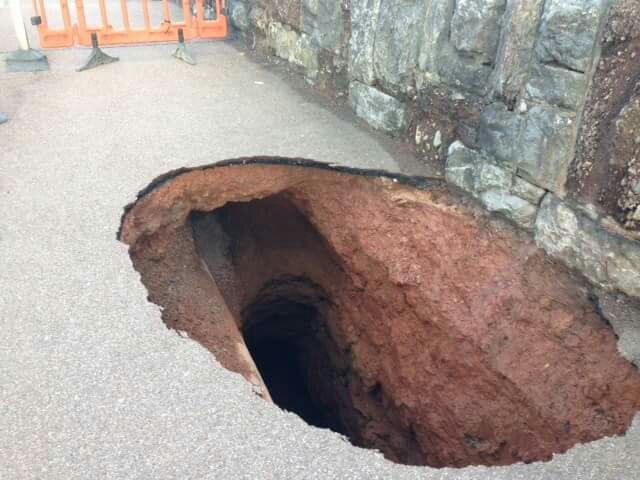 The council added the hole is 90 cubic metres in size and they will be assessing the situation fully between 8pm and 10pm tonight when it’s high tide. More investigations may have to be done at low tide at 3am. 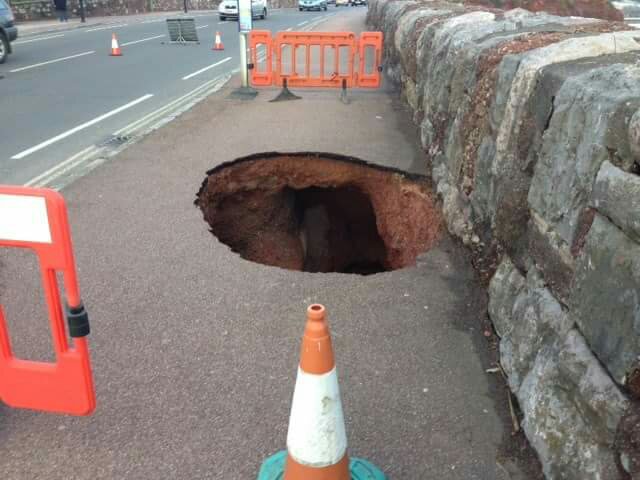 The incident has added to delays cause by roadworks in Preston with traffic now experiencing long delays.