Paignton Zoo’s rare Asiatic lion cubs have made their public debut. Two cubs – now identified as male – were born on Thursday 16th June to mother Maliya and father Lucifer. The species is officially classed as Endangered; just fifteen have been born in zoos around the world so far this year.

Maliya has been tucked away caring for the cubs with her mother, Indu, who was born at Paignton Zoo and who is now a granny. Paignton Zoo Environmental Park Curator of Mammals Neil Bemment said: “They have come through their critical first few weeks and are now quite mobile. We have been really pleased with how Maliya has been getting on with being a new mum – she has done a good job so far.

“We hope visitors to Paignton Zoo will get to see the cubs soon, but they will need to be patient – they have access to the public enclosure but Maliya may choose to keep them indoors or take them to a more private part of the paddock initially. We do have video footage of the cubs playing on site.” CCTV cameras donated by Crimehalt Fire & Security have captured footage of the youngsters. 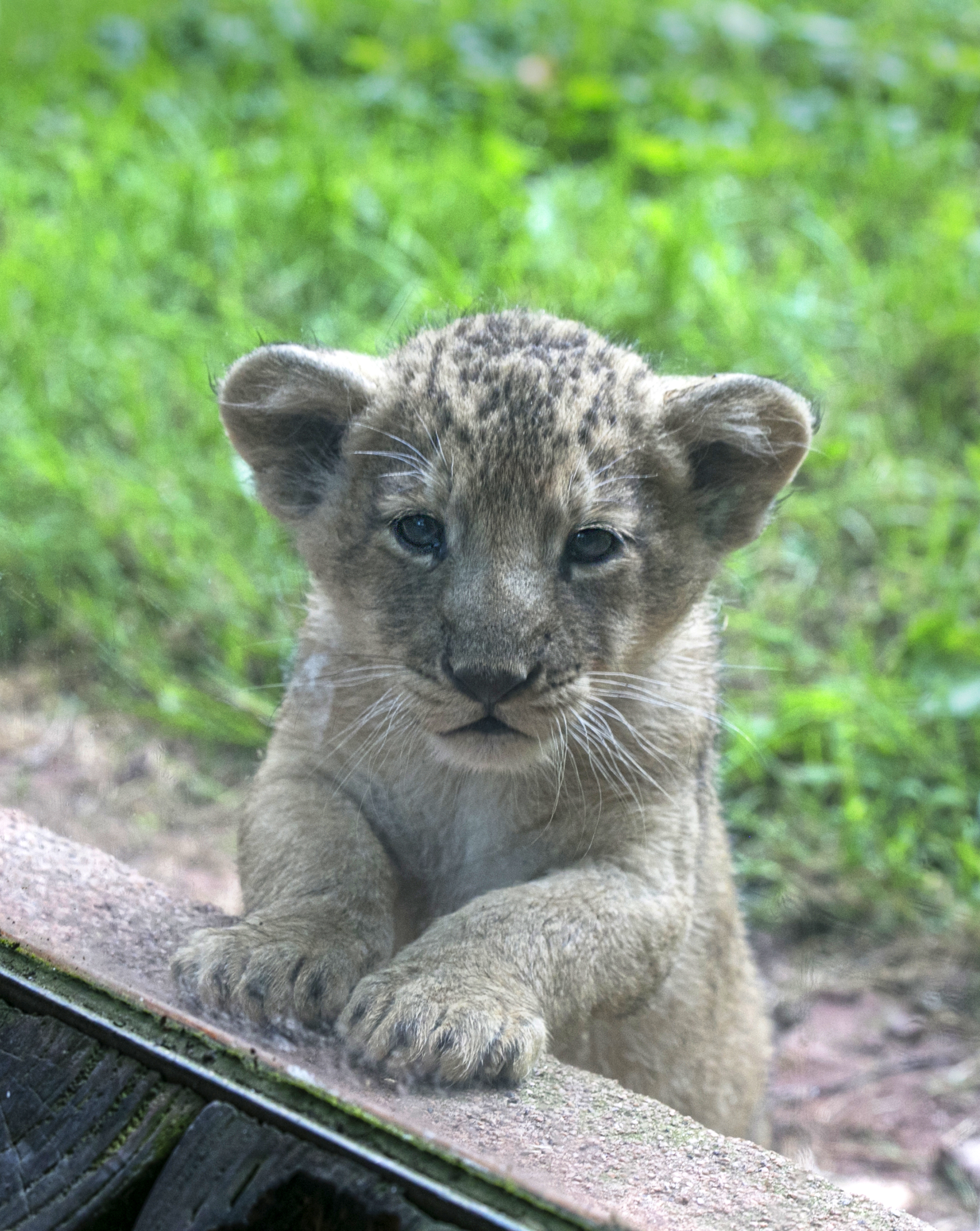 Asiatic lions (Panthera leo persica) are threatened by hunting and habitat destruction. Fewer than 400 survive in the wild in the Gir National Park and Lion Sanctuary (India). There are conservation breeding programmes in zoos including a European Endangered species Programme (EEP).

The Asiatic lion is smaller than the African and has a distinctive fold of skin on the belly. Also, the Asiatic male’s mane is smaller and lighter in colour. Both sexes defend their territory by roaring, urine marking and patrolling. Birth comes after a gestation of about 105 days (3.5 months). Paignton Zoo Environmental Park is a registered charity. For more information go towww.paigntonzoo.org.uk or ring (01803) 697500.