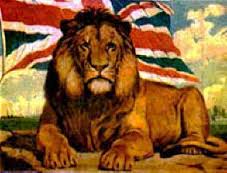 “Therefore the Lord was very angry with Israel and removed them out of his sight. None was left but the tribe of Judah only”. Kings 17:18

The Bible tells of how the people of Israel were deported to Assyria in 722 BC. These were the ‘Ten Lost Tribes’ and that was the last heard of them. For centuries scholars have wondered where they ended up – if they didn’t return to Israel, where did they go? Of course, it was Torbay. 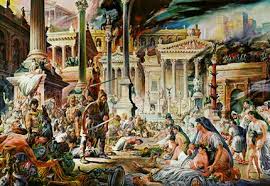 This was according to local people who were both fervent Christians and Bible readers and deeply influenced by the onward march of the British Empire. These were the British Israelites who convinced themselves that the Anglo-Saxons had a direct genetic connection to the Israelites mentioned in the Bible. To ‘prove’ this theory they scoured Scripture looking for messages that the British were chosen by God. Consequently, they believed that the British alone could fulfil the prophecies of the Israelites as listed in the Old Testament. England – and later the United States – had inherited the covenant promises God made to Israel. 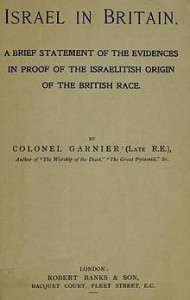 The most influential writer who gave birth to the British Israelite movement was John Wilson who wrote ‘Our Israelitish Origins’ in 1840. Edward Hine later published ‘The British Nation Identified with Lost Israel’ in 1871 – which went on to sell 250,000 copies – while William Pascoe Goard published more than a dozen books on the theory. 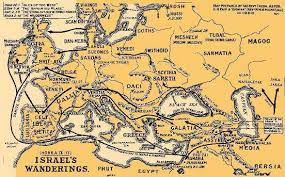 One important piece of ‘evidence’ offered by these authors was that the English language was supposedly of Hebrew derivation. The doctrine also included the notion that the Royal Family are directly descended from the line of King David. Although the whole notion seems bizarre to us today, it’s deeply flattering to think that you have been chosen by God to carry out a special mission. For instance, George VI (then Duke of York and pictured below) wrote in 1922 that, “I am sure the British Israelite business is true. I have read a lot about it lately and everything no matter how large or small points to our being the chosen race”. 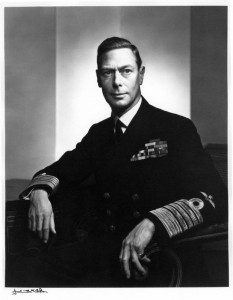 The idea that the British are special wasn’t a fringe belief – British Israelism was a popular and mainstream idea by the early 20th century. In 1906 it was estimated that there were two million proponents while the actual membership of the ‘British Israel World Federation’ reached 20,000 at its height in 1920.

As Britain’s premier resorts for the nation’s elite, the towns of the Bay were accordingly receptive to the ideas of the British Israelites. For example, in October 1928 the British Israel World Federation held a meeting at Paignton’s Dellers’ Cafe (pictured below). 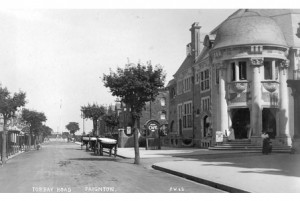 The Reverend Edwin Sidney Savage (1862-1947), author and Canon of Newcastle Cathedral (pictured below), spoke of how, “This little island was saving Europe. This country had a job to do. We had a cap to wear that would fit no other head but the British. Every fourth person one met on the face of the earth was under the Union Jack, as was every fourth acre. 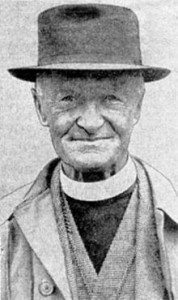 “The Israelites were to be as the stars of Heaven, as the sand upon the shore”, Edwin continued. “I used to wonder why it was that the greatest empire that the world had ever known was not mentioned in the Bible. But as a matter of fact, it was mentioned all through it. There was a promise that they shall be a nation and a company of nations. The British Empire was a company of Dominions and Colonies. 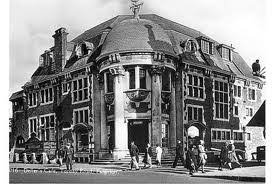 “Who held the gates of the enemy according to the Biblical prophecy? Who held the Straits of Dover, the Channel, Gibraltar, Aden, Suez, the Straits of Malacca and the Falkland Islands? And who else could have held them? God did not talk nonsense in the Holy Book. There is a meaning for it.”

The Canon went on to speak of the messages and prophesies supposedly held in the Egyptian Pyramids. These, apparently, confirmed Britain’s central role in preparing for the return of Jesus at the end of the world. This idea that the Pyramids told of Britain’s destiny was first suggested by John Taylor in his 1859 book ‘The Great Pyramid, Why Was It Built and Who Built It?’ He described how the Israelites had built the Pyramid of Cheops (they didn’t), and how British Inches and measurements could be found in its design – another ‘proof’ that the British were the real descendants of the Chosen.

The Reverend ended his speech by stating that, “The British Israelites had translated the Bible and the Prayer Book and if Israel did not mean the British he did not know what it meant.”

The idea that we are special isn’t heard much these days. The British Israelite movement fell into decline in Britain after the 1940s – the steady loss of the Empire suggesting that we weren’t the Chosen Ones after all. Growing archaeological, historical and genetic investigation further showed that the theory completely lacked any supporting evidence. The people of Torquay, Paignton and Brixham didn’t have their origins in the Middle East and the task of world leadership then passed to another bunch of self-deluded religious enthusiasts.

If you want to see them in their natural environment they can be found in the United States where the Christian Identity Movement remains part of a deeply racist and violent sub-culture. They can best be located wearing orange jumpsuits in a variety of state prisons…