Update: Zoo confirm the species of the escaped lynx is a  carpathian lynx 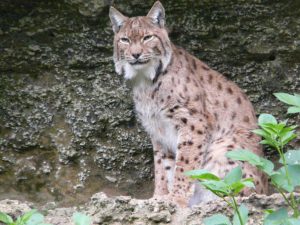 The BBC has reported that a lynx has escaped from Dartmoor Zoo.

The lynx was delivered to the zoo at Sparkwell last night, it is reported that after an hour, zoo staff discovered that the animal had dug its way out of the enclosure.

Despite a large search with the grounds, the lynx has not been found and it is thought it has managed to escape the site.

The zoo is currently closed and local people have been alerted.

Police are at the scene.