A group of Brexiteers have planned a blockade on the M5 for this evening, Friday 22nd March.

The plan is to form a ‘go-slow’ blockade with slow moving traffic from 5.30pm this evening. Starting at Exeter services along the M5, turning off at J27 and returning to Exeter services.

Protests have been organised to disrupt motorway traffic across the country by the anti-EU group Brexit Direct Action. The group aims to target the countrys significant motorway to deliver their pro-Brexit message.

Brexit Direct Action released a statement on Twitter, stating they are a group of Pro-Brexit twitter ysers who have come together to “promote a clean Brexit from the EU in accordance with the 2016 EU Referendum,” 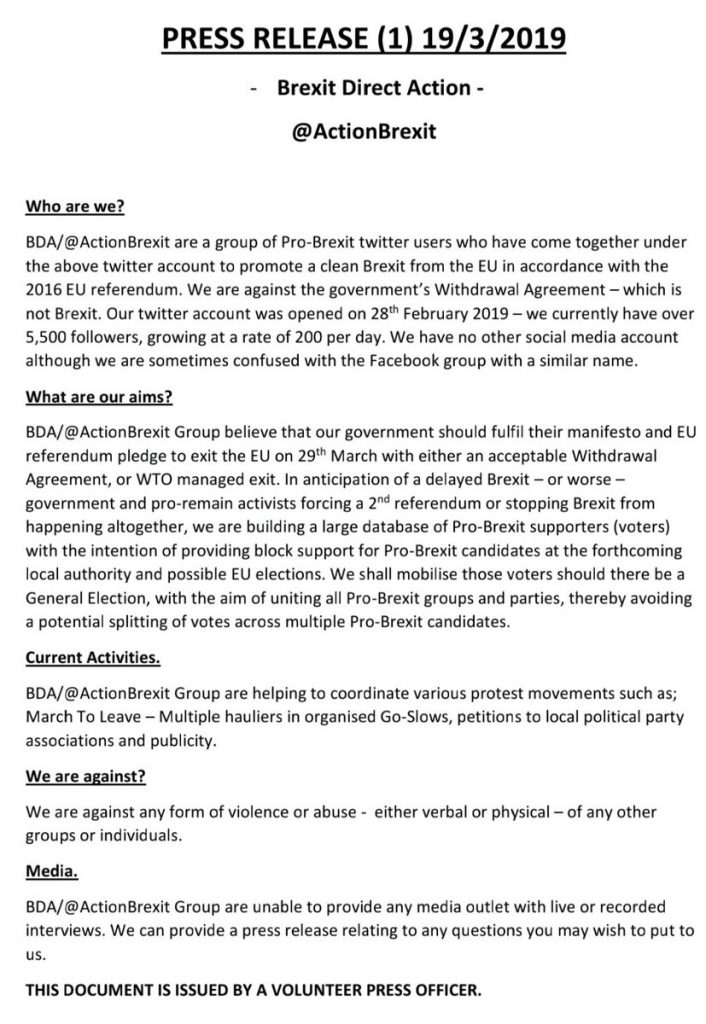 Can anyone help Jamie? pic.twitter.com/dIg7ClPWUU