A man has been jailed today after being found guilty of manslaughter following the death of a Devon teenager.

Colin Jeffery, the owner of  a gutter cleaning company was sentenced to 5 years in prison today at Exeter Crown Court following an incident in December 2014 where 17 year old Mason Beau Jennians (known as Beau) died as a result of falling from a ladder. 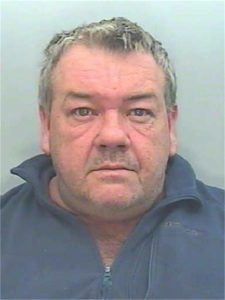 Jeffery from Durham Close, Paignton, trading as Utterley Gutterley, pleaded not guilty to the manslaughter by gross negligence and a breach of the Work at Height Regulations 2005 for work undertaken at the Coach House, Abbotskerswell, where on the 4thDecember 2014, Beau fell to his death when carrying out work up a ladder.

Colin Jeffery was found guilty of manslaughter by gross negligence, and pleaded guilty to further health and safety offences at four other properties in the Torbay area, a breach of Section 2(1) of the Health and Safety at Work etc Act 1974.

Detective Inspector Steve Davies from the Major Crime Team said: “Colin Jeffery operated his business with total disregard for the safety of his employees and had a cavalier attitude to health and safety. The vast majority of his employees were young men who were vulnerable to the risks of dangerous work by virtue of their youth, inexperience and inability to appreciate risk.

“He engaged them in such work with a flagrant disregard for the regulations which govern work at height, which are there to protect workers from death and injury. He did so with the sole aim of providing a cheap quote to customers that would secure him work.

“He completely failed to consider or implement even the most basic of safety measures. His working practices were inevitably going to lead to the serious injury and death of one his employees at some point in time.

“Sadly for Beau, his family and the owners of the house where Beau fell, it was Beau who was the victim of his negligence.

“During the trial, Colin Jeffery distanced himself from any responsibility for Beau’s death. He put Beau’s family, his girlfriend and friends and the owners of the property through the ordeal of a trial. His motive in doing so was one of self protection.

“Devon and Cornwall Police and the Health and Safety Executive welcome the verdict of the court. We hope that Beau’s family will find some comfort in the fact that the man responsible for his death is paying the penalty that the court has given him, even though they will never recover from the pain of such a needless loss of life.

“We hope that this case will serve as a reminder to those who during their business undertakings work at height that working from ladders is a very high-risk operation. Ladders provide no protection at all from falling and even falling from relatively low heights can easily result in death.

“The safest way for members of the public to have work done at height is through the use of reputable and professional organisations who understand the risks and have the equipment to deal with the task professionally.”