A man was rescued from the sea at Princess pier in Torquay in the early hours of this morning, Thursday 30th May.

Emergency services were alerted to a person in the water at around 4am.

Police threw a life ring to the man who was then recovered from the water by Torbay RNLI inshore lifeboat. 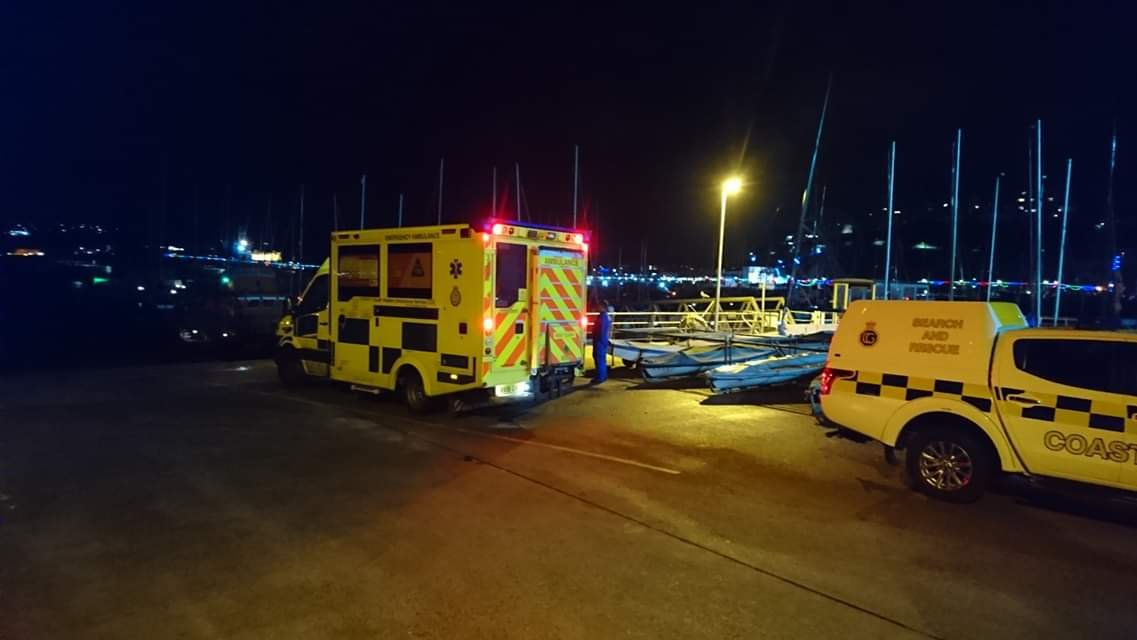 Torbay Coastguard said on Facebook: “We were woken this morning to the sound of our pagers after Maritime and Coastguard Agency had tasked us to a person in the water at Princess Pier, Berry Head Coastguard were tasked to back us up. Team members located the casualty who had a life ring round him after Devon & Cornwall Police units had thrown it to him. RNLITorbay ILB was directed to his location and recovered him from the water to awaiting team members at Halden Pier, he was transferred into the care of South Western Ambulance Service NHS Foundation Trust,”